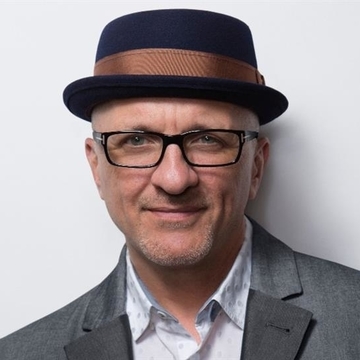 David is Founder & Creative Chairman of David&Goliath. An American Advertising Federation Hall of Achievement Inductee, David has consistently challenged convention by developing highly innovative and effective advertising solutions for a diverse list of marketers. This list includes Coca-Cola, Lexus, Michelin, Reebok, NFL, Bacardi, Little Caesars, and the New York State Lottery. He started his career as a Jr. art director in 1989 at DDB/New York, later served as VP/ACD at Chiat/Day, New York, and eventually joined Cliff Freeman & Partners as EVP, Executive Creative Director. In 1999, he founded David&Goliath on the belief that he could create a very distinct and different culture capable of taking on the toughest marketing goliaths out there. That no matter how big or small you are, we all have goliaths that keep us from realizing our true potential. The key is to be inspiring. To be relentless. To ignite the challenger spirit in all of us that’s capable of overcoming any obstacle. This belief system came to life with their first client, Kia Motors. David took many successful creative risks with Kia, and as the Kia brand grew, so did David&Goliath. This success has attracted equally brave clients who have their own goliaths such as Jack In The Box, The California State Lottery, Universal Studios, popchips, MGM, Vizio Electronics, among others. In return, they too have experienced huge results. Over the years, David has garnered more than 400 of the industry’s most prestigious awards, including Cannes Lions, One Show Pencils, CLIOs, Effie Awards, LA’s Entrepreneur of the Year, and AdAge Small Agency of the Year. In 2016, David founded the nonprofit “Today, I’m Brave,” a movement designed to inspire bravery in all of us. By serving the world as a platform for sharing stories of bravery, Today, I’m Brave has inspired tens of thousands of people around the world. David continues to give back by serving as a guest speaker for the 4A’s, ThinkLA, and The One Club. “My number one goal is to inspire people and brands to overcome their goliaths and achieve greatness.” – David Angelo