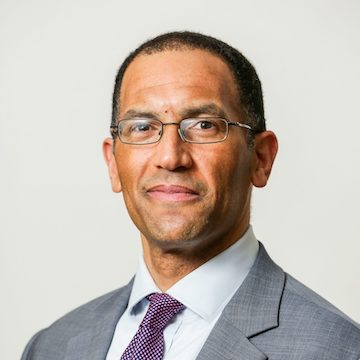 At IAVA: Jeremy is the Chief Executive Officer but joined the staff of IAVA back in 2015 where he worked in various capacities with the Development Team helping with fundraising. In 2018 he transitioned to Chief Operating Officer and in 2019 took over as CEO.

Professional Background: Jeremy served active duty Navy from 1999 – 2005 as a Surface Warfare Officer. He transitioned to the Reserves and has remained there since. Coming off of active duty, he started working for a DC-based government contractor and served in a variety of roles to include work for the Department of Homeland Security, the Joint Staff, and the Department of the Navy. Throughout, he spent several years back on active duty both overseas and in the US.

More about Jeremy: He attended Knox College in Galesburg, IL and graduated with an International Relations major. Jeremy spent junior year studying in Besancon, France. He later received a Masters in National Security and Strategic Studies via the U.S. Naval War College. Jeremy looks forward to putting his GI Bill benefits to good use at some point in the future.

Ask Jeremy about: Serving in the Reserves – he transitioned directly from active duty to the Reserves and just passed twenty years of service. It limits his free time but he genuinely enjoys having the opportunity to continue to serve in uniform and to be a part of the greatest Navy in the world.