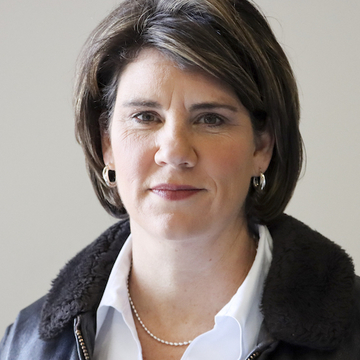 Amy graduated from the U.S. Naval Academy and was commissioned as a Marine Corps officer in 1997 and served 20 years in the Marines. First, she became a F/A-18 weapons systems officer (backseater), completed two combat deployments, and flew 89 combat missions in Iraq and Afghanistan. In 2002, as a weapons systems officer, Amy became the first woman in the Marine Corps to fly a combat mission in an F/A-18. In 2004, she transitioned to become an F/A-18 pilot and completed a second operational tour deploying to Japan and operating in the Pacific. She completed her third combat deployment in Helmand Province Afghanistan in 2010.

After her operational flying tours, Amy served as a Congressional Fellow advising a senior member of the U.S. House of Representatives Armed Services Committee on defense and foreign policy. Subsequently, she served in the Pentagon as Marine Corps’ liaison to the State Department and other federal agencies.  Her final assignment was as a senior instructor in the Political Science Department at the US Naval Academy teaching US government and national security courses before retiring at the rank of Lieutenant Colonel and moving back home to Kentucky to raise her family. There, she ran races for U.S. House and Senate.