The Honoring Our PACT Act

Over 80% of IAVA’s members report being exposed to burn pits and toxic exposures during their deployments. With the passage of the historic Honoring Our PACT Act, many of those veterans are now eligible for health care and benefits based on a presumption of illness, reducing the red tape often associated with the VA claims process. A major accomplishment for IAVA and other veteran advocates, the PACT Act will provide health care and benefits for an estimated 3.5 million veterans and veteran family members.

What is the PACT Act ?

While the VA had taken great strides forward in recent years to deal with toxic exposures, it was not enough. The PACT Act is comprehensive legislation that not only provides for healthcare and benefits, but also creates a framework for how presumptive illnesses are handled.

Collaboration on events and advocacy brought our community together and gave the movement momentum. Check out some highlights of how we brought attention to this critical issue.

The Honoring Our PACT Act

According to IAVA’s latest member survey, over 80% of IAVA members were exposed to burn pits during their deployments and a shocking 90% of those exposed believe they already have or may have symptoms. IAVA and our allies within the VSO community have spent years educating Congress, national leaders, and the public on the enormous scope of these injuries faced by our community. 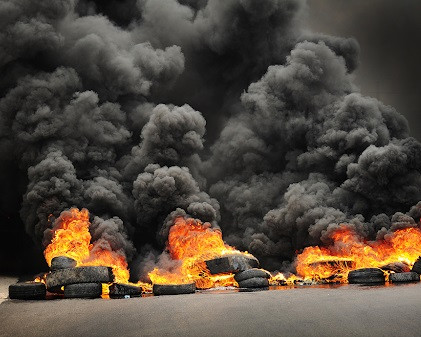 Year after year, the concern grows surrounding the health impacts of burn pits and other toxic exposures in recent conflicts. Burn pits were a common way to get rid of waste at military sites in Iraq and Afghanistan. The effect of toxic exposure is not just the chemicals in the smoke, but the particulate matter, dust, ashes and other pollutants these men and women breathed in.

Approximately 3.5 million veterans were exposed to burn pits and other airborne hazards. Yet, as late as 2022, VA continued to deny approximately 70% of burn pit related claims. This much-needed legislation finally takes the burden of proof off the veteran by creating a presumption of service connection for a list of illnesses and diseases, including cancer, as well as allowing veterans to receive health care from VA. 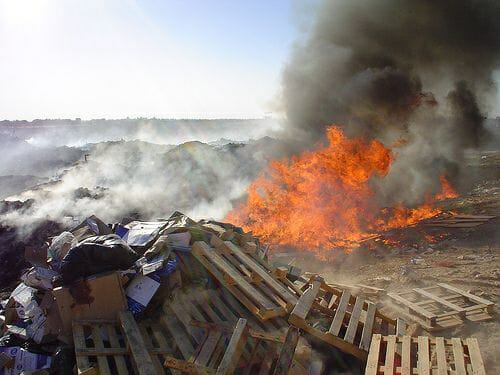 While VA has made many strides forward in recent years, creating presumptives of 12 illnesses due to toxic exposure, it was simply not enough. Veterans looked towards Congress for bold action and leadership. Passing comprehensive legislation to ensure that veterans have the healthcare, benefits, and a framework for how presumptive illnesses are handled, was time-critical.

It is for these reasons that IAVA supported passage of the Honoring Our PACT Act (Honoring Our Promise To Address Comprehensive Toxics Act). This critical piece of legislation is a culmination of years of work by Members of Congress, those within the VSO community, and more, to finally address the needs of veterans that have suffered from their exposures.

While there have been a number of bills introduced to address a range of toxic exposure issues, the PACT Act is the legislation that will provide the most comprehensive solution. Veterans that have been exposed and are now sick have no time to wait for the healthcare and benefits that they have earned through their service. Additionally, the PACT Act includes an important framework to address military toxic exposures into the future. Finally, on August 10th, 2022, veterans received comprehensive legislation that includes healthcare, benefits, and a framework to address one of the signature injuries of the post-9/11 wars. 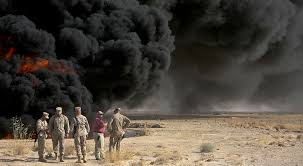 IAVA and other VSOs advocated strongly for the passage of this legislation. We worked tirelessly to address concerns from Members of Congress and VA to ensure that the PACT Act was not only passed into law, but also enacted without overwhelming VA resources.

IAVA continues to fight on behalf of the 3.5 million veterans who were exposed to burn pits and other airborne hazards, and on behalf of the veterans behind the nearly 70% of burn pit related claims that were denied by the VA. Signing the PACT Act into law is a significant step forward, but IAVA will remain viligant to make sure it is enacted expeditiously and effectively. Supported by nearly every veterans group in the country, this comprehensive toxic exposure legislation finally keeps America’s promise to take care of those who fought to defend us.

“This is my fourth year in a row testifying… as CEO of IAVA and every year I have discussed the need to address the health issues brought on by 20 years of military toxic exposures, including from burn pit usage in Iraq and Afghanistan. Small steps have been made but, like the incremental moves taken to address Agent Orange, we are decades too late in the government owning up to this self-inflicted wound,” said Jeremy Butler, IAVA’s CEO, on March 2, 2022.

Coordination with the VSO Community

“On behalf of the United States Service members and veterans we represent, our Veterans and Military Service Organizations call on the Senate to expeditiously pass the comprehensive Honoring Our PACT Act (H.R. 3967), which passed the House on March 3 with a bipartisan vote of 256 – 174.”

The "Fire Watch" at the US Capitol

IAVA and a coalition of other Veteran Service Organizations (VSOs) were already counting the win when an unexpected procedural issue in the Senate caused the whole bill to be put in jeopardy on July 27, 2022. If it wasn’t for the tenacity of veterans and supporters that stood a 24-hour “Fire Watch” on the Capitol steps for 5 full days, this historic legislation may not have passed the Senate. But the pressure campaign worked, with the public rallying behind veterans, resulting in final bi-partisan passage in the Senate on August 2, 2022.

The Honoring Our PACT Act: Advocacy in Action

Swipe or click the right arrow to see how activism becomes action.

Honoring Our PACT Act Final Passage in the US Senate

After a years-long fight, the Honoring Our PACT Act was passed with bipartisan support.

PACT Act Passed in the Senate

The Senate passed the PACT Act with a vote of 84-14. This historic legislation will protect veterans from toxic exposure for decades to come.

IAVA joined 50+ VSOs to advocate for the passage of bipartisan burn pits legislation.

Jon Stewart, DAV, IAVA, veterans and advocates urge the Senate to Act on the PACT Act.

WWP, IAVA, veterans and advocates urge the Senate to Act on the PACT Act.

Coordination with the VSO Community

IAVA Testifies before the Senate

IAVA Testifies before the Senate

PACT Act Passed in the House

The House passed the PACT Act with a vote of 256 - 174. This historic legislation will protect veterans from toxic exposure for decades to come.

IAVA Testifies before the House and Senate

PACT Act Introduced in the House