IAVA Celebrates the Signing of the Honoring Our PACT Act 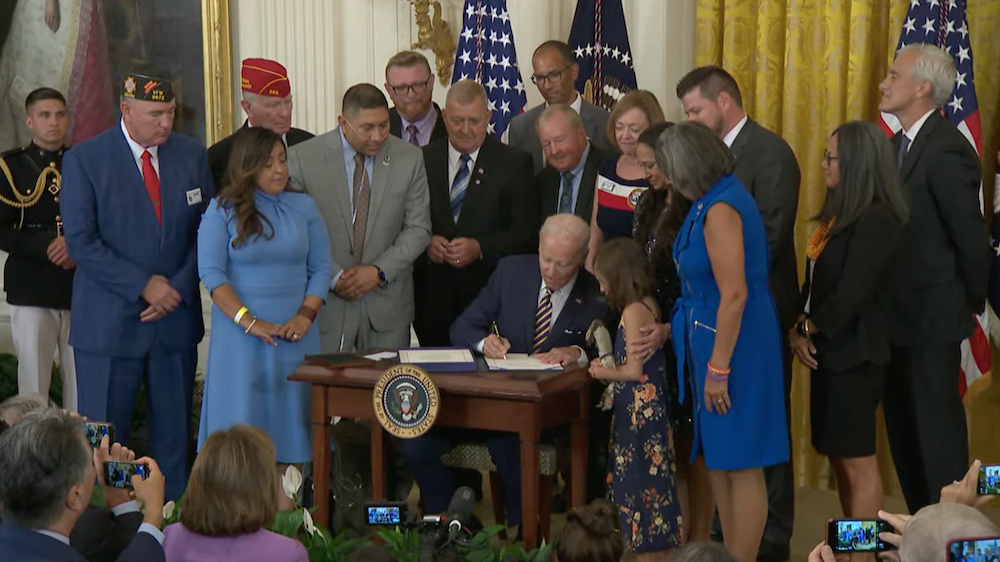 Washington, DC – Today, Iraq and Afghanistan Veterans of America (IAVA) celebrates as the Sergeant First Class Heath Robinson Honoring Our Promise to Address Comprehensive Toxins (PACT) Act is signed into law by President Biden after its passage by Congress. The law will provide new VA healthcare and disability benefits for America’s veterans who have suffered toxic exposures, including from burn pits.

“American veterans have spent decades navigating a never-ending series of obstacles to get the care they need and earned, and we are thrilled that relief is finally on the way with President Biden signing the PACT Act into law,” said Jeremy Butler, CEO for IAVA. “Servicemembers who were exposed to toxic chemicals during their deployments must be cared for, and this new law ensures delivery on that care – care that IAVA has fought relentlessly to provide. Veterans have made life-changing sacrifices for our nation, democracy, and our freedom – the PACT Act is a necessary step to ensure we are honoring those sacrifices and taking care of our veterans in return.”

“President Biden has played a vital role in influencing the passage of the PACT Act. In his State of the Union address, Biden memorialized the death of his son, Major Beau Biden, and called on Congress to advance legislation to address healthcare for veterans exposed to toxic chemicals. IAVA expresses our sincere gratitude to the President for his dedication and commitment to ensuring that the concerns of veterans have finally been heard,” said Butler.