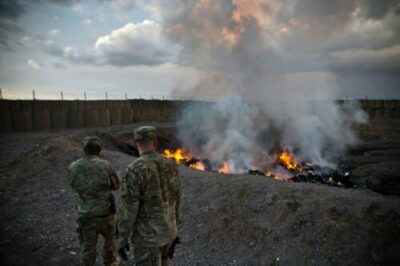 Washington, DC – Iraq and Afghanistan Veterans of America (IAVA) celebrates the passage of the Honoring our Promise to Address Comprehensive Toxics Act (Honoring Our PACT Act) (H.R. 3967) out of the House with a final vote of 256-174 and expresses our profound appreciation for Members who upheld their responsibility to care for those who have borne the battle. IAVA calls on the Senate to complete action on comprehensive legislation and send it to the President’s desk without delay.

This legislation will help the many thousands of veterans suffering from military toxic exposures, such as burn pits, who have inadequate access to VA benefits. It is comprehensive legislation that will address the needs of veterans that are suffering from toxic exposure by ensuring that they have the healthcare and benefits that they deserve. This legislation is supported by the White House and over 40 VSOs, who also called on the House to pass the PACT Act in advance of the vote.

“Half measures and anything short of comprehensive toxic exposure legislation would leave this issue unresolved, leave countless veterans responsible for continuing to fight their government for what they were promised, and leave a gaping self-inflicted wound to continue to kill those who served their country,” said IAVA CEO Jeremy Butler. “We must ensure that veterans finally see comprehensive legislation enacted that addresses the most widespread injuries of the post-9/11 wars. Congress should act expeditiously to enact the Honoring Our PACT Act now.”

Below is a list of the Members of the House of Representatives who voted NO on this widely supported legislation:

The following Representatives did not vote:

IAVA is the voice for the post-9/11 veteran generation. With over 425,000 veterans and allies nationwide, IAVA is the leader in non-partisan veteran advocacy and public awareness. We drive historic impacts for veterans, and IAVA’s programs are second to none. Any veteran or family member in need can reach out to IAVA’s Quick Reaction Force at quickreactionforce.org or 855-91RAPID (855-917-2743) to be connected promptly with a veteran care manager who will assist. IAVA’s The Vote Hub is a free tool to register to vote and find polling information. IAVA’s membership is always growing. Join the movement at iava.org/membership.