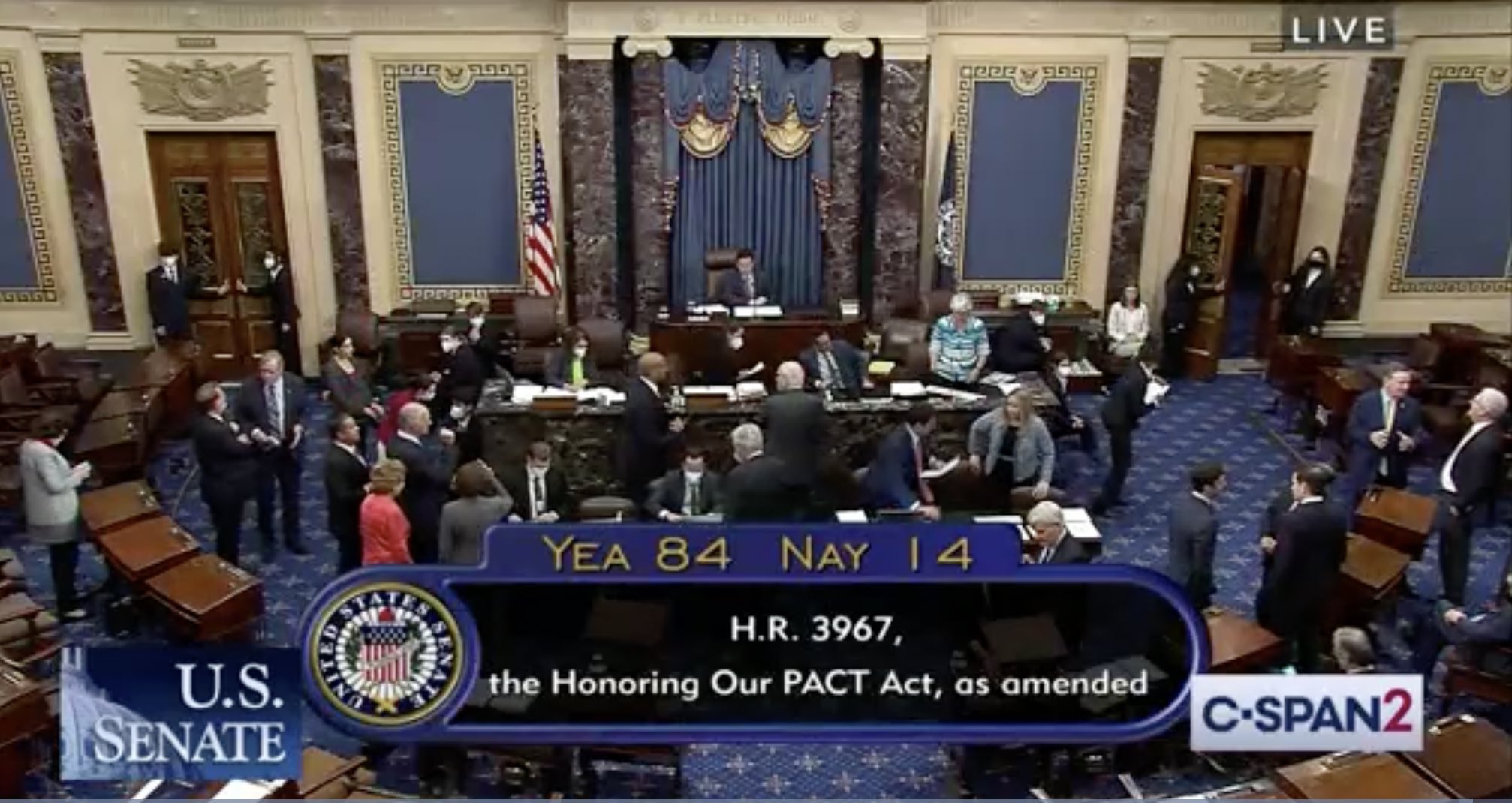 Calls on the House to Pass and Send to the President

Washington, DC – Iraq and Afghanistan Veterans of America (IAVA) celebrates the passage of the Sergeant First Class Heath Robinson Honoring Our Promise to Address Comprehensive Toxins (PACT) Act, out of the Senate with a final vote of 84-14.

IAVA applauds the leadership of Senate Veterans’ Affairs Committee Chairman Jon Tester and Ranking Member Jerry Moran in forging this landmark bipartisan legislation, and Senators for delivering long-overdue care and benefits to millions of veterans and servicemembers suffering from military toxic exposures. The PACT Act will return to the House for a vote due to changes made in the Senate.

“The House has already passed this historic toxic exposure legislation by a large bipartisan majority once, and now our representatives have the chance to reaffirm our country’s commitment to care for past, current, and future veterans,” says Jeremy Butler, CEO for IAVA. “Over 80% of IAVA’s members were exposed to burn pits during their deployments. This bill keeps a promise to those veterans and the millions of others affected, that the country they fought for is there to fight for them too.”

IAVA calls on the House of Representatives to expedite final passage of the PACT Act and send it to the President’s desk.

By advancing the passage of this historic bill, and through our work as a leading veterans organization, IAVA continues to advocate for the generations of veterans, active-duty servicemembers, and their families, affected by toxic exposures.

Below is the record of the Senate vote on the PACT Act today: