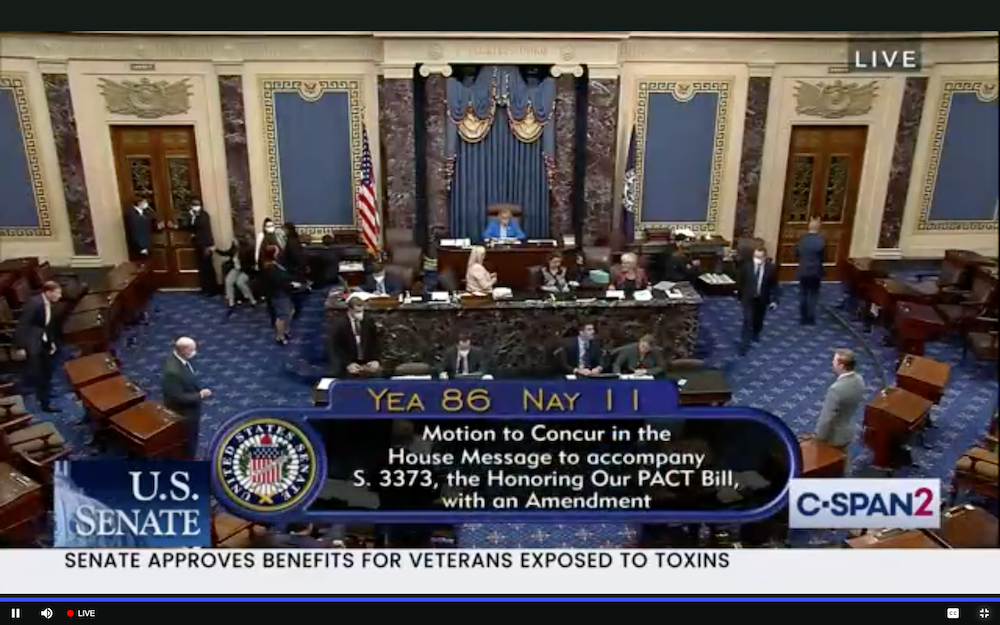 Washington, DC – Iraq and Afghanistan Veterans of America (IAVA) celebrates the final Senate passage today of the Sergeant First Class Heath Robinson Honoring Our Promise to Address Comprehensive Toxins (PACT) Act, by a vote of 86-11. It has already passed the House and the bill now goes to the President to be signed into law.

The bipartisan legislation has long been a top priority for IAVA, and we remained focused on this goal alongside our members and a coalition of partner VSOs, through countless Congressional meetings, testimonies, media appearances, and the pandemic to get this done.

“The positive impact that this legislation will have on the lives of previous, current, and future veterans can not be overstated,” said Jeremy Butler, CEO of IAVA. “Today’s Senate passage of the Honoring Our PACT Act is proof that Congress can still come together to get big things done for those who have sacrificed so much in support of our country. I commend the Members of Congress who put politics aside to act in the best interest of our nation’s veterans. IAVA will continue to work with members of both parties to identify and address the many challenges facing servicemembers when they return home.”

The bill will have a widespread positive impact on veterans and their families, as it will provide new VA healthcare services and establish access for affected personnel to disability benefits.