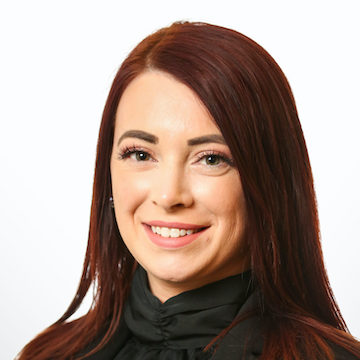 At IAVA: As Associate Director of Government Affairs, Kaitlynne tracks and reports on federal and state legislation, legal matters, and government policies pertaining to the veterans’ community and IAVA’s policy goals. She supports the organization’s efforts to bring veterans’ issues out of the beltway and into the consciousness of the American public through support to our traditional and social media initiatives that underscore our priorities. While everyone in the D.C. office focuses on all of IAVA’s  #Big6 issues, Kaitlynne will hone in on the issues that face our nation’s female veterans, their gaps in healthcare compared to their male counterparts, and the sexual assault problems within our current military system.

Professional Background: Kaitlynne is a veteran that served 4 years in the United States Navy as an Aviation Electronics Technician. Following her service, she obtained her Associate’s degree at North Lake College while simultaneously working in the corporate office of a large salon chain in Dallas, TX.  After graduating with her associate’s, Kaitlynne attended Baldwin Wallace University (BW) and obtained her Bachelors’s in Public Relations. While at BW, Kaitlynne served as the President of the University’s Student Veteran Organization. She also served as a Public Relations Intern for Challenge America, a non-profit devoted to connecting service members, veterans, and their families to resources and solutions that build community and give purpose to their lives. Kaitlynne also served as the Communications Director for the local Team RWB in her hometown.

More about Kaitlynne: Kaitlynne grew up the daughter of a Navy veteran and then the sister of a Marine in high school. The military was never the plan for her, but when she finally made the choice to join she knew instantly that she was exactly where she was supposed to be. Her decision to leave the military was not an easy one. She wasn’t completely ready to say goodbye but wanted more time with her son. Kaitlynne struggled greatly with that well-known problem of feeling like she didn’t belong anywhere and the extreme depression that comes with it. It wasn’t until she got involved with her university’s Student Veteran Organization that she found that sense of purpose she was searching for. Kaitlynne was working with and helping veterans every day and from that point on she knew it was something she needed to do for the rest of her life. She may not serve in the military anymore but she will continue to serve veterans and their families as passionately as she can, for as long as she can.

Ask Kaitlynne about: Outside of work, Kaitlynne loves spending time with her husband, James, her three children, Vincent, Olivia, and Sebastian, and her two dogs Beaux and Coco. She also enjoys going to the gym, cooking, and visiting historical places with her family.