Washington, DC (March 26, 2019) – Today, at the United States Capitol, Iraq and Afghanistan Veterans of America (IAVA) Founder and former CEO, Paul Rieckhoff was honored with a special reception by Speaker of the House Nancy Pelosi. Rieckhoff recently stepped down as CEO after fourteen years at the helm. 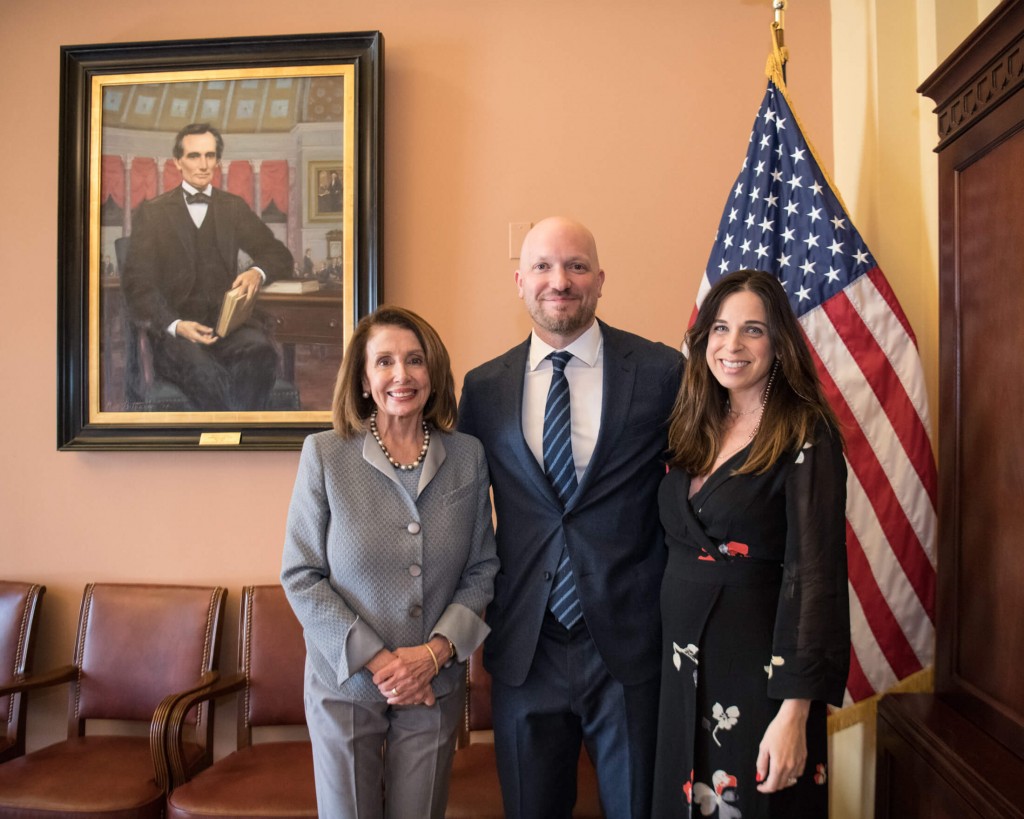 Since Rieckhoff founded IAVA in 2004, IAVA fought and won many historic victories on behalf of all of America’s veterans. Under Rieckhoff’s leadership, IAVA drove momentous and expansive legislative and policy change to include the passage of the Post-9/11 GI Bill and the Clay Hunt SAV Act and the repeal of “Don’t Ask Don’t Tell”. His legacy has impacted the lives of millions and continues proudly today as IAVA fights for its Big 6 policy priorities which include support for women veterans and ending veteran suicide, under the leadership of new CEO, Jeremy Butler.

“I am incredibly grateful to Speaker Pelosi for her invaluable and consistent support for me and entire the IAVA community,” said Rieckhoff, Founder of IAVA. “She has always been an exceptionally dedicated friend to veterans. And she has always had our back. I am grateful she’s taken the time to recognize the tremendous work and support of my entire team, partners and especially, my family. Everything we’ve accomplished, we have accomplished together. I’m very thankful they had an opportunity to also be recognized today. Thanks to all of them, the future for millions of veterans and their families is much brighter.”