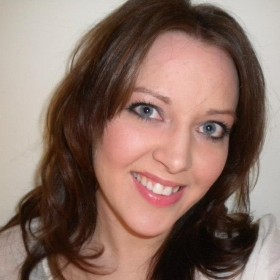 Of all the endorsements being published for this November, IAVA is pleased to endorse Veterans Day events across the country in a new and meaningful way.

If you’ve ever visited our VetTogether map, you know that it serves as a bulletin board for dozens of events taking place across the country during any given month. All IAVA members are invited to host and share events as a way to connect our community of veterans and supporters, from LA to DC, from Minneapolis to Dallas, and everywhere in between! In 2015 alone, more than 640 events took place, and we hope that you were able to connect with at least one of them!

While we know that IAVA members are movers and shakers, and interested in all kinds of events within the veteran community, we also know that sometimes it’s best to keep it simple. That’s why we’re introducing “IAVA Endorsed Events” this Veterans Week. IAVA Endorsed Events will be easily identified on our map, and are hosted by trained IAVA leaders – members who have been invested in their local community and in IAVA, and who are committed to building IAVA’s community of veterans locally. In addition to swag and IAVA resource information, you’ll have a chance to provide feedback, sign up to get more involved locally, and meet the amazing member leaders who lead the charge in your area. These hosts have jumped through some extra hoops to ensure that your experience is a great one, and IAVA has given our stamp of approval!

You’ll learn more about IAVA Endorsed Events in the coming weeks, but for now, here’s a sneak peek of some of the events you’ll be able to participate in this Veterans Week:

Don’t see an event near you? Sign up to host!