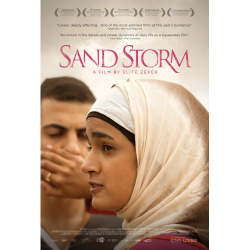 Written by, produced by and starring Iraq vet and IAVA member Sean Huze, The Sandstorm was a play that premiered at the Elephant Asylum in Los Angeles and in Washington, D.C. at MetroStage. IAVA provided financial support, technical guidance, media outreach and program information at all events. IAVA donor Charlie Fink underwrote the Washington, DC production after an IAVA introduction, and IAVA awarded the play with its Seal of Approval.