NEW YORK (August 12, 2015) – Iraq and Afghanistan Veterans of America (IAVA) announced today that the three-year-old relationship between IAVA and USAA would be extended and significantly expanded, naming USAA as the provider of choice across the spectrum of products to include USAA’s world-class insurance and financial services. The initial agreement, begun in 2012 provided exclusive credit card products at USAA Bank. 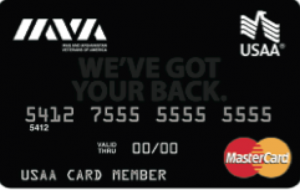 The agreement positions USAA as the exclusive provider of financial services including insurance, banking, investments, brokerage services and financial guidance. The USAA Bank makes a contribution to IAVA with every new IAVA USAA Rewards™ from MasterCard® American Express® account opened each time IAVA members make an eligible purchase with their card.

“USAA is proud and honored to have earned the trust of the IAVA leadership and membership and be chosen to become their financial services provider of choice,” said Marc Hildebrand, USAA assistant vice president of military affinity. “IAVA was founded to provide support, unite and empower Post-9/11 veterans. At USAA, it is our mission to serve veterans and their families with a focus on ensuring financial readiness. We are extremely fortunate to be able to work hand-in-hand with IAVA.”

“We’ve come a long way since 2004, when there were few resources available for post-9/11 veterans,” said IAVA CEO and Founder Paul Rieckhoff. “As one of those resources, USAA is committed to stand alongside us and our families. USAA understands our mission and as a member myself, I’ve seen firsthand their commitment to improving the financial security of our military, veterans and the families that support them. Because of USAA’s support and the support of our other partners, IAVA has been able to connect more than 1.2 million veterans with resources and community, and provide more than 5,000 veterans with personalized support through our Rapid Response Referral Program (RRRP). By expanding this partnership, IAVA will be able to connect, unite and empower even more post-9/11 veterans for years to come.”

About USAA
The USAA family of companies provides insurance, banking, investments, retirement products and advice to 10.7 million current and former members of the U.S. military and their families. Known for its legendary commitment to its members, USAA is consistently recognized for outstanding service, employee well-being and financial strength. USAA membership is open to all who are serving our nation in the U.S. military or have received a discharge type of Honorable – and their eligible family members. Founded in 1922, USAA is headquartered in San Antonio. For more information about USAA, follow us on Facebook or Twitter (@USAA), or visit usaa.com.