This is the first event for the Caucus, which Gabbard and Perry cofounded in March of this year. The event was hosted by the Congressional Post-9/11 Veterans Caucus, Iraq and Afghanistan Veterans of America (IAVA), Rep. Tulsi Gabbard, and Rep. Scott Perry.

“The tragically high rate of veterans who are taking their own lives requires our nation’s immediate attention and action,” said Congresswoman Tulsi Gabbard. “Crisis Hotline: Veterans Press 1, is a moving and compelling film that draws much-needed attention to the difficulties that our veterans continue to face. The film also highlights how critical it is that we have a system of support that will help and assist our veterans who are suffering from mental illness. One of the reasons Rep. Scott Perry and I founded the Congressional Post-9/11 Veterans Caucus was to call attention to these very issues and to work with our partners to bring about solutions.”

“The current generation of Veterans often brings home scars of war invisible to the eye,” said Congressman Scott Perry. “In recognition of PTSD Awareness Month, the Post-9/11 Veterans Caucus is honored to host a screening of the Oscar award-winning documentary, “Crisis Hotline,” to further emphasize the suicide epidemic among Veterans. Not only must we continue to foster discussion about ways to address Veterans’ mental health issues, but we also really need to recognize the men and women that work tirelessly and stressfully on crisis hotlines trying to prevent Veterans from taking their own lives.” 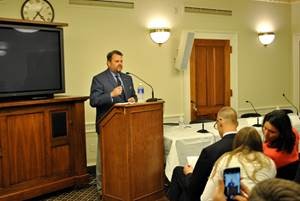 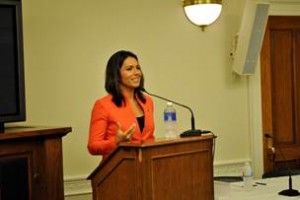 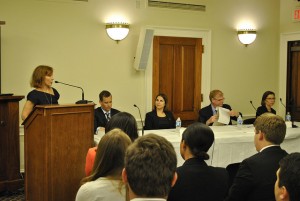 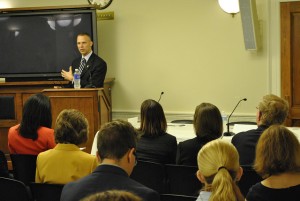 The documentary is about the Veterans Crisis Line in upstate New York and earned an Oscar for Best Documentary Short Subject during the 87th Academy Awards in 2015. The film examines the suicide epidemic among veterans who have served since 2001 and highlights the complex support networks that exist for veterans suffering from a mental illness. The screening is in conjunction with Post-Traumatic Stress Disorder (PTSD) Awareness Month.

“The Post-9/11 Caucus represents the very best of what our generation of leaders have to offer. IAVA is proud to have been a part of the creation of this group, which provides a unique voice on the Hill and across America,” said IAVA CEO and Founder Paul Rieckhoff. “These individuals have a keen understanding of the challenges faced by those who served in the post 9/11 era — overseas and upon their return home. These issues are addressed head on with ‘Crisis Hotline: Veterans Press 1.’ IAVA was privileged to co-present this documentary with HBO Films and thrilled for this Oscar-winning film to be the focus of a robust discussion at tonight’s gathering.”

Congresswoman Tulsi Gabbard and Congressman Scott Perry provided opening remarks, and there was a panel discussion with leading experts on mental health issues affecting our most recent generation of veterans. Patricia Kime of the Military Times, moderated the panel and the panelists were Barbara van Dahlen, Ph.D. from Give an Hour, Jackie Maffucci, Ph.D. from IAVA, Phillip Carter from Center for New American Securities and Harold Kudler, M.D. from Department of Veterans Affairs.