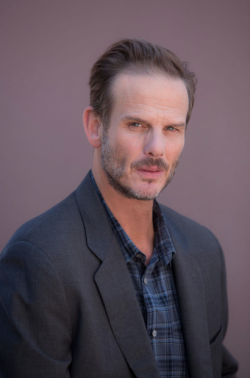 Berg, a loyal veteran advocate and son of a Marine, received IAVA’s 2014 Leadership in Entertainment Award this past May at the Heroes Celebration in Los Angeles, CA.

“IAVA is honored to have Pete Berg join our board and lead the effort to support and empower the New Greatest Generation of veterans,” said IAVA Founder and CEO Paul Rieckhoff. “In 2014 and beyond, we look forward to working with Pete in fighting for critical veterans issues. “Lone Survivor’s” success elevated a national conversation on the sacrifices of our veterans and servicemembers over the past 13 years. As the son of a Marine, Pete is a staunch supporter of post-9/11 veterans and the military community. In the past few months he has met with IAVA members and veterans in both New York and Los Angeles. We are excited to bring him on board as we begin to celebrate our 10th anniversary and prep for Veterans Day 2014.”

In addition to “Lone Survivor,” Berg is also known for his fierce portrait of high school football in the 2004 film adaptation of Buzz Bissinger’s bestseller, “Friday Night Lights.” The film’s success, both in theaters and on DVD, spawned the acclaimed TV series of the same name, which aired for five seasons and garnered multiple Emmy nominations and wins. In addition to serving as the series’ executive producer, Berg also directed several episodes of the show, including the 2006 pilot, for which he earned an Emmy nomination as Best Director. As one of the series’ writers, he also shared a Writers Guild nomination for Best New Series.

In addition to directing the 2012 film “Battleship,” the New York native (and son of a Naval historian) also develops projects under his Film 44 banner. Berg has also directed “Hancock” and “The Kingdom,” among other feature films. Most recently, Berg was an executive producer and directed several episodes of the HBO series “The Leftovers,” starring Justin Theroux and Liv Tyler.