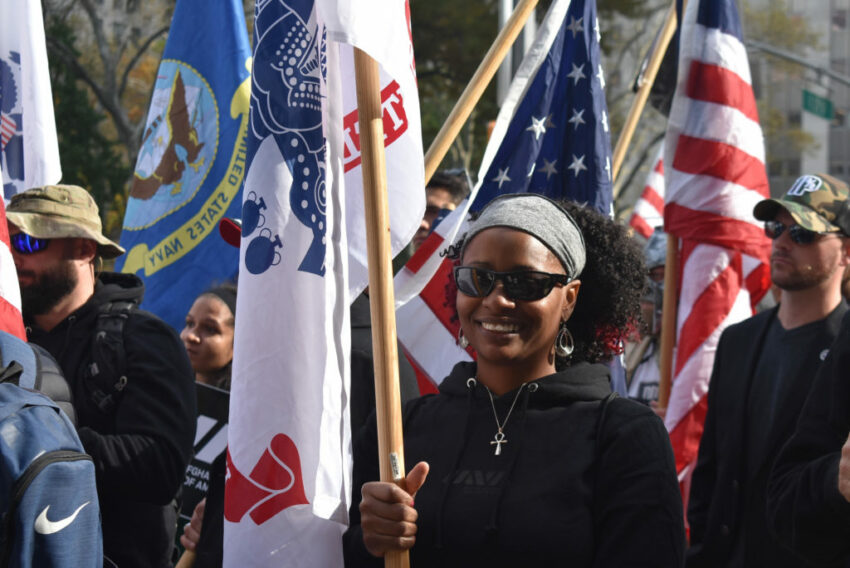 New York, NY – In the fifth week of its campaign, Iraq and Afghanistan Veterans of America (IAVA) is highlighting its legislative and reform goals to support female veterans.

In honor of Women’s History Month, IAVA is recognizing the more than 345,000 women that have deployed since 9/11 as well as all female veterans and servicemembers. While the number of male veterans is expected to decline in the next decades, the population of women veterans will increase. Women also make up over 20% of IAVA’s membership, and ensuring they have access to care has been a top priority for IAVA since its establishment.

“2020 was a historic year in recognizing the service of women veterans, with the passage of the Deborah Sampson Act,” said Jeremy Butler, CEO for IAVA. “While this was a great start, we have more to do to make women veteran’s care equal and accessible.”

IAVA has continued to work with Congressional leaders to ensure that the women who fought for our country receive the safe and accessible care they need and earned at the VA. The Deborah Sampson Act (DSA) was passed after four years of advocacy and organizing efforts. As the cornerstone of  IAVA’s ongoing #SheWhoBornetheBattle campaign, the DSA was the most significant of many crucial steps needed to achieve equitable and safe VA care for women veterans.

We encourage Secretary McDonough to work with the VSO and MSO communities to champion these priorities and ensure the DSA provisions are implemented fully and quickly. Learn more about IAVA’s fight for equitability for women veterans here.