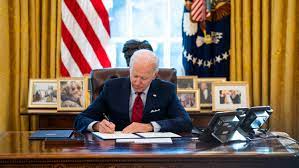 Within this omnibus legislation, IAVA is proud to announce some key priorities that our organization has been working to pass into law. They include:

“Establishing a place of national importance for families who have sacrificed since the 9/11 attacks, working toward an improved military justice system for servicemembers who have been wronged, and providing for a thorough accounting for a our efforts in our 20-year war in Afghanistan are extremely important to our community,” said Jeremy Butler, CEO of Iraq and Afghanistan Veterans of America. “I cannot be prouder of these major efforts of our team working with our VSO partners nationwide.”

In addition to the aforementioned policy victories, we continue to press forward on a number of priorities that could see success very soon. They include:

For more information from IAVA on the NDAA, please see our previous press releases: