NEW YORK, NY (March 13, 2018) – Last week, Iraq and Afghanistan Veterans of America (IAVA), the largest nonprofit, nonpartisan organization representing post-9/11 veterans and their families, announced their “Big 6” 2018 advocacy priorities that are most important to them and their families. On Wednesday, IAVA members and leadership met with Representative Brian Mast (R-FL), to discuss the effort. IAVA members attending the meeting reflect a wide range of diversity and come from across the country. 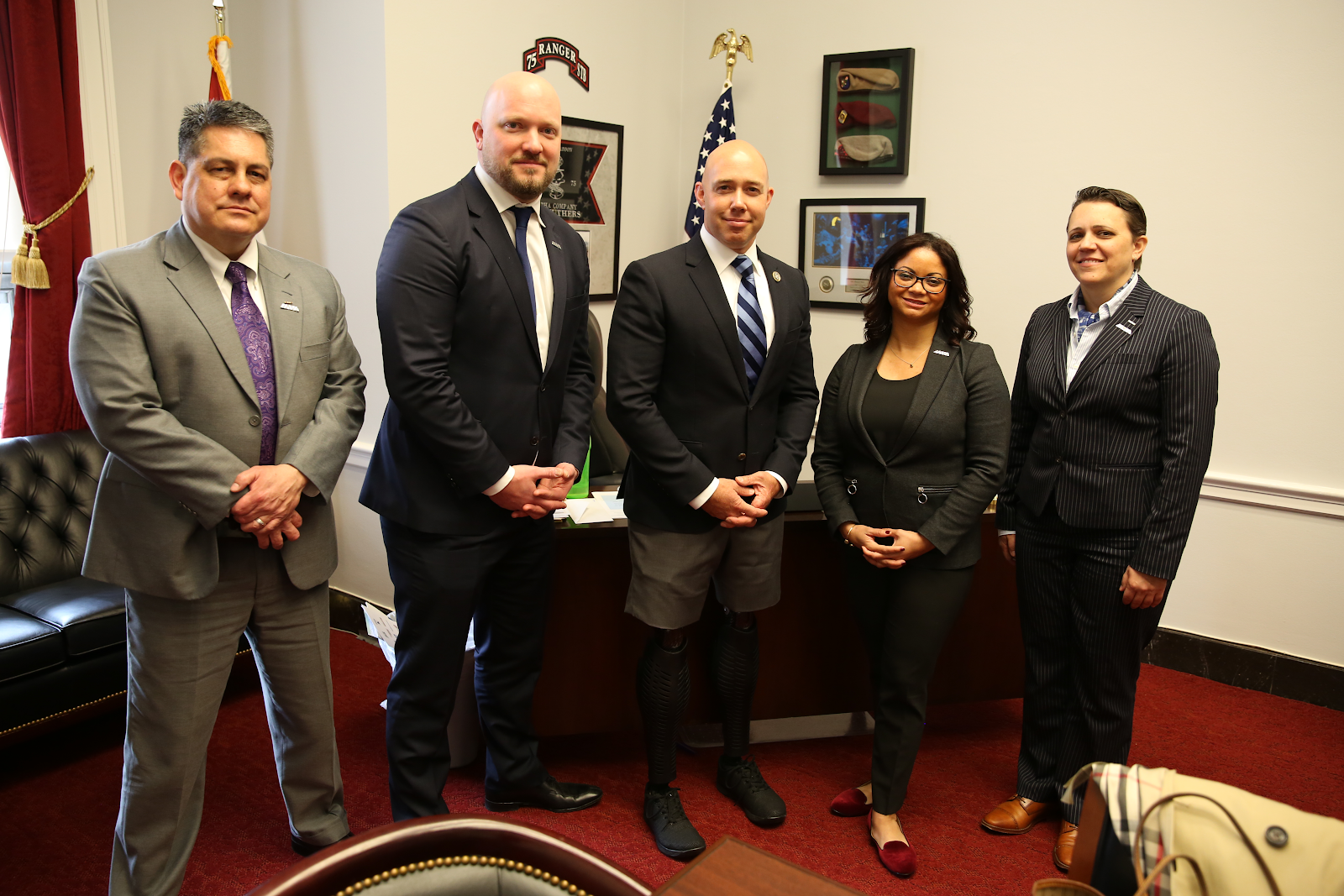 “IAVA members are grateful to Representative Mast for his time and focus. The Congressman represents many of our combat veteran members and has been a strong supporter and partner for our community,” said Paul Rieckhoff, Founder and CEO of IAVA. “We were pleased to share the highlights of our ‘Big 6’ campaign with him and look forward to working with him to ensure our members voices are heard and things get done. He appreciates that our new veterans are not a charity, they are an investment. And that this is the time for Congress to double-down on that investment.”