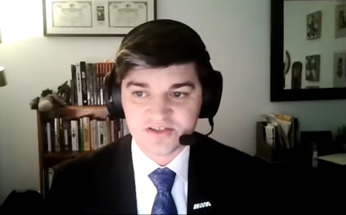 “The War Fighters Act is incredibly important landmark legislation which will create a presumption of service-connection for illnesses of veterans that have deployed since 1990, such as respiratory diseases or cancers,” said Horr at the hearing. “The TEAM Act will ensure that all veterans are able to access high quality VA care for any toxic related issues and the Veterans Burn Pits Exposure Recognition Act would concede exposure for all veterans that have served in areas where burn pits were used.” Horr and others called for passage of all three measures without delay. The full testimony can be found here.

At the start of the hearing, HVAC Chairman Mark Takano (D-CA) said that although the VA says that they need more research, “it is absolutely clear that we need to act now,” and he said that addressing toxic exposures is a top priority that he wants to advance this year. Takano’s position echoes that voiced the previous week by Senate Veterans Committee Chairman Jon Tester (D-MT), who said he wants to see legislation this year. The VA was pressed for action and answers by Members from both parties who appeared to have grown impatient with the agency’s refusal to take positions on toxic exposure legislation being considered at both hearings.

Just days ago, IAVA joined with House and Senate sponsors of the Presumptive Benefits for War Fighters Exposed to Burn Pits and Other Toxins (Warfighters) Act, which will establish a presumptive service connection for VA disability benefits for those who are suffering toxic exposure injuries – a top legislative priority for IAVA. The Toxic Exposures in the American Military (TEAM) Act, which provides for VA health care for those exposed, is also a priority for IAVA this year.