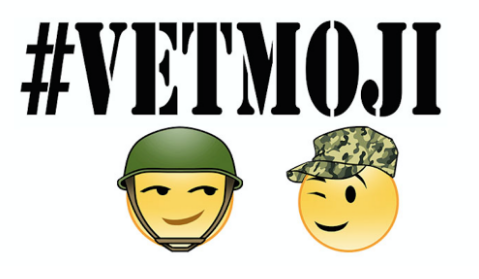 LOS ANGELES (May 10, 2016) – Yesterday, Iraq and Afghanistan Veterans of America (IAVA) and technology developer Kapps Media launched the first ever military and veterans emoji app, dubbed “Vetmoji,” for smartphones. As part of an IAVA VetTogether hosted by comedian and IAVA supporter Kathy Griffin, IAVA provided its members an exclusive look at the “Vetmoji” app, which includes more than 100 military expressions, images, and audio and video files. With input from IAVA, the app was developed by Kapps Media. A portion of all proceeds will benefit IAVA.

“IAVA continues to lead in technology across the veteran space with this innovative app that creates emojis we can relate to,” said IAVA Founder and CEO Paul Rieckhoff. “We are thrilled to be partnering with Kapps media. Now veterans, troops and civilians will have a blast with these emoji’s which give a glimpse into military life. Everyone who quotes from their favorite military movie will also have fun using these emojis. We are especially excited to launch Vetmoji’s with our longtime supporter and veteran advocate, Kathy Griffin. Kathy has always had our back and we are honored to have her be our first celebrity ambassador for Vetmoji.”

Following the launch of the app, immediate attention grew on Twitter as celebrities and veterans began using the Vetmoji.

“As a society, we rely on our favorite public figures, artists and organizations to drive the language and content we use to express ourselves,” said Rick Sorkin, President and COO of Kapps Media. “Mobile messaging permeates nearly every aspect of modern culture, and the tools we use to express ourselves are ever-expanding. Kapps Media is dedicated to leveraging these communication habits to do good, and we are thrilled to be working with IAVA as our first non-profit partner. Choosing to work with IAVA was an easy and obvious decision, as the work they do to empower post-9/11 veterans and their families through education, advocacy and community building are prime examples of what truly makes America great. In a time where veterans needs are all too often underserved or overlooked, IAVA’s commitment to this country is a true inspiration. Vetmoji was created to elevate communication and drive awareness among vets, families of vets and supporters of post-9/11 service men and women across the globe, who can now communicate with one another using military-themed stickers, expressions, banners, audio, gifs and memes, all while supporting IAVA and their most-important mission.”

“Rick Sorkin and his team at Kapps Media showed a huge commitment to the veterans community by developing this app at no cost to IAVA,” Rieckhoff continued. “Their innovation and expertise makes this not just an app but a way to raise awareness of our veterans and those still serving.”