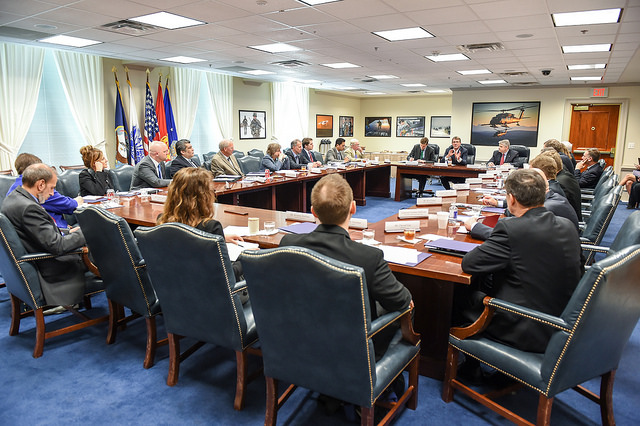 “IAVA tremendously appreciates Secretary Carter’s continued support for IAVA and the veterans community. He is a strong leader and true partner that is always focused on the health and well being of our troops and veterans. I was grateful to have an opportunity to sit at the table with Secretary Carter and senior defense leaders to learn more about how they’re working day and night to protect our great nation. IAVA members appreciated the opportunity to hear about the DoD’s plan ahead for 2016 and beyond. We share the Secretary’s deep concern about the devastating impact sequestration is having on our military and urge Congress to heed his warnings.

IAVA also appreciated the opportunity to share our “Big 4 for 2016” top priorities for our members from our Policy Agenda: attacking suicide, supporting women veterans, reforming VA and DoD and defending the Post-9/11 GI Bill. Most urgently, we underscored that defending the promised benefit of a robust Post-9/11 GI Bill from Congressional attack in the next few weeks is a matter of readiness, recruiting and morale. We urged the Pentagon to stand with IAVA in opposing the upcoming VA omnibus bill unless the shortsighted and foolish cuts to the Post-9/11 GI Bill are completely eliminated. IAVA will be relentless in advocating for the veterans of the post-9/11 wars who are affected by politics at home and by ongoing conflicts overseas. We thank Secretary Carter for engaging us in this important conversation and for his continued leadership and service.”