New York, NY (March 23, 2019) — Today IAVA is announcing the results of its flash poll conducted this week regarding news reports that President Trump is preparing to issue pardons to several military service members accused and convicted of war crimes over Memorial Day Weekend.

Emails were sent to IAVA members inviting them to participate in IAVA’s survey on presidential pardons in light of recent news. The survey was also made available to members on IAVA’s internal platform: myIAVA. The survey was available over a 40-hour period  from 5 PM on May 21 to 9 AM on May 23.

The numbers reported are from 1,647 IAVA veterans and service members who completed the survey. 11% of respondents are currently-serving service members on active duty, or in the Guard/Reserves.  The margin of error for this survey is +/-  2 percentage points at the 95% confidence level. 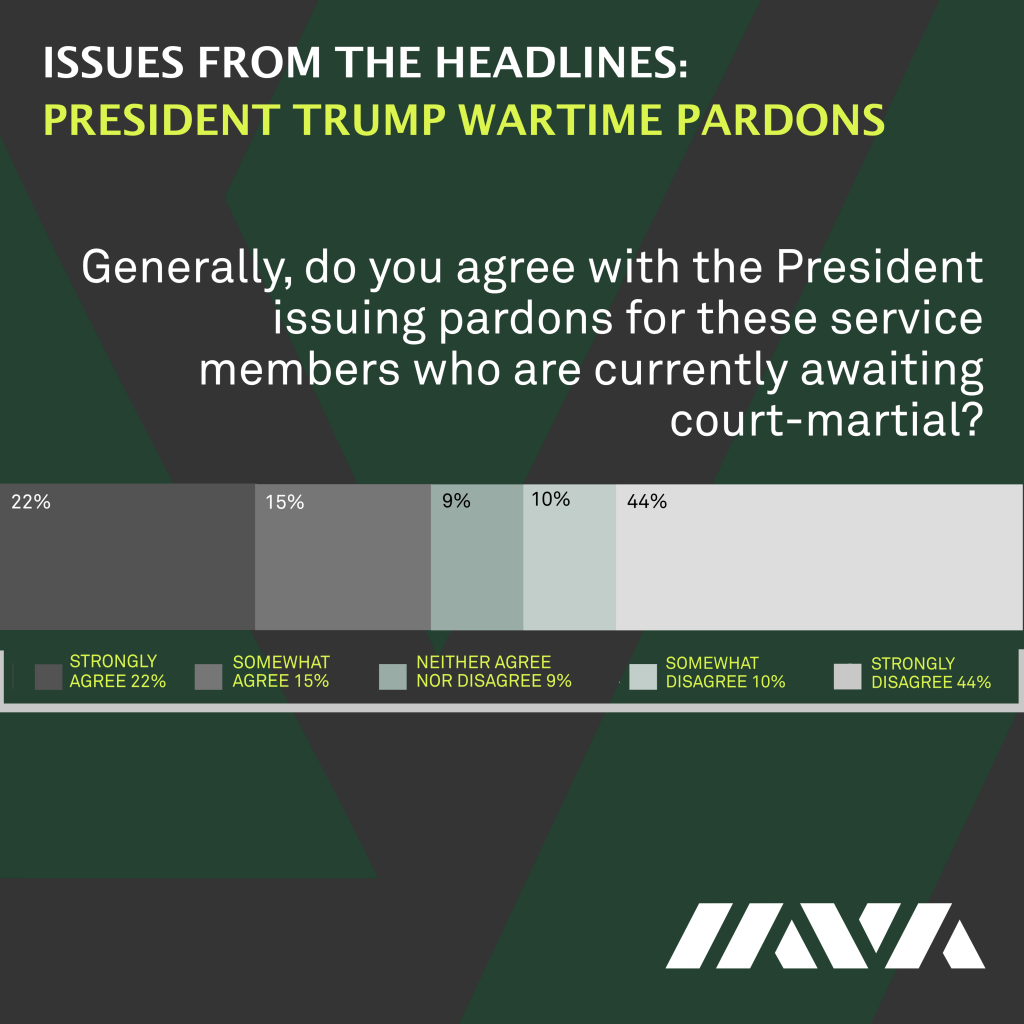 The strongest result from the IAVA poll was the response to the question of whether it is appropriate to issue these pardons over Memorial Day, a sacred time for this community.  62% of member veterans did not believe it was appropriate to be making these controversial declarations during the time this country has set aside for honoring those who have made the ultimate sacrifice in defense of the nation.  Only 28% supported the pardons over Memorial Day. 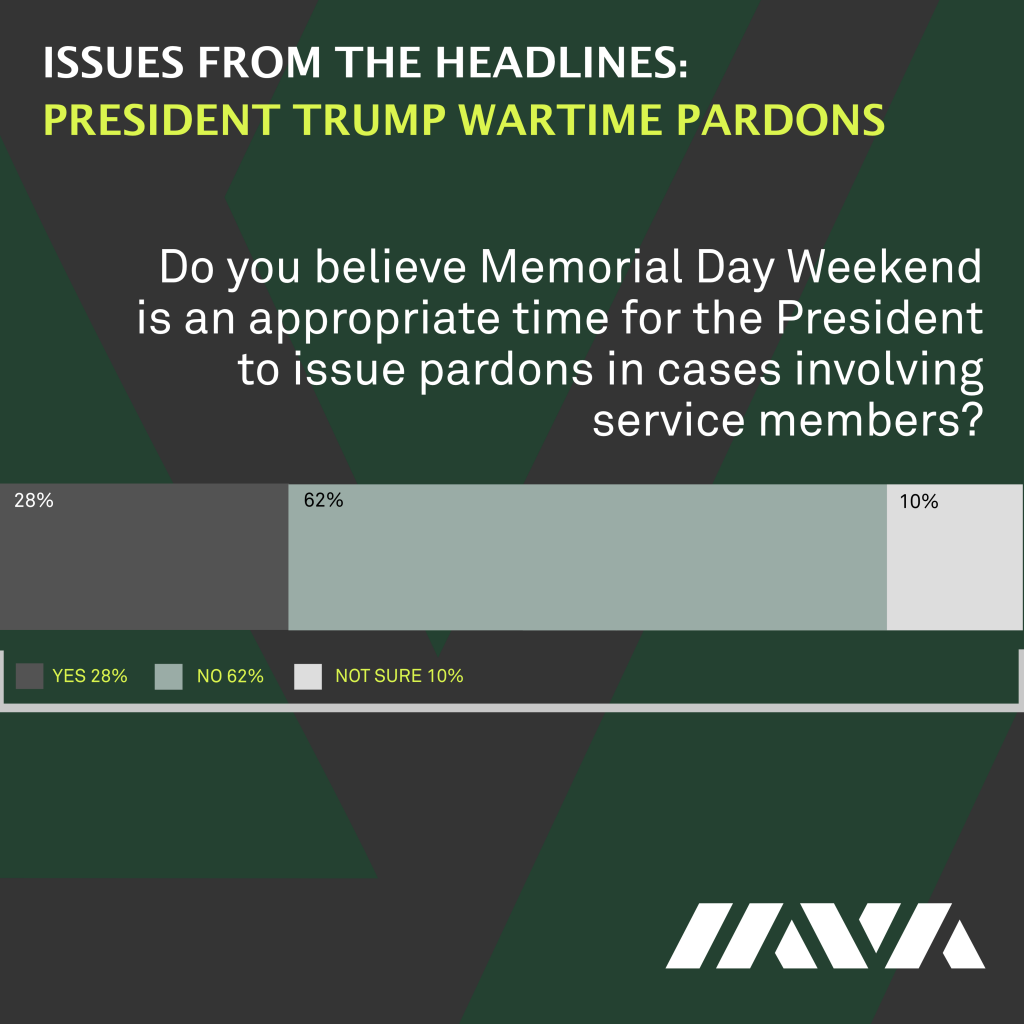 In response to the following question: “Do you believe the laws and rules that apply to use of force for service members in a combat zone are fair?” the majority of respondents believe that the rules and laws are fair (57%), while  33% of IAVA’s veteran members expressed some doubt, saying that they are either “somewhat unfair” or “unfair.” 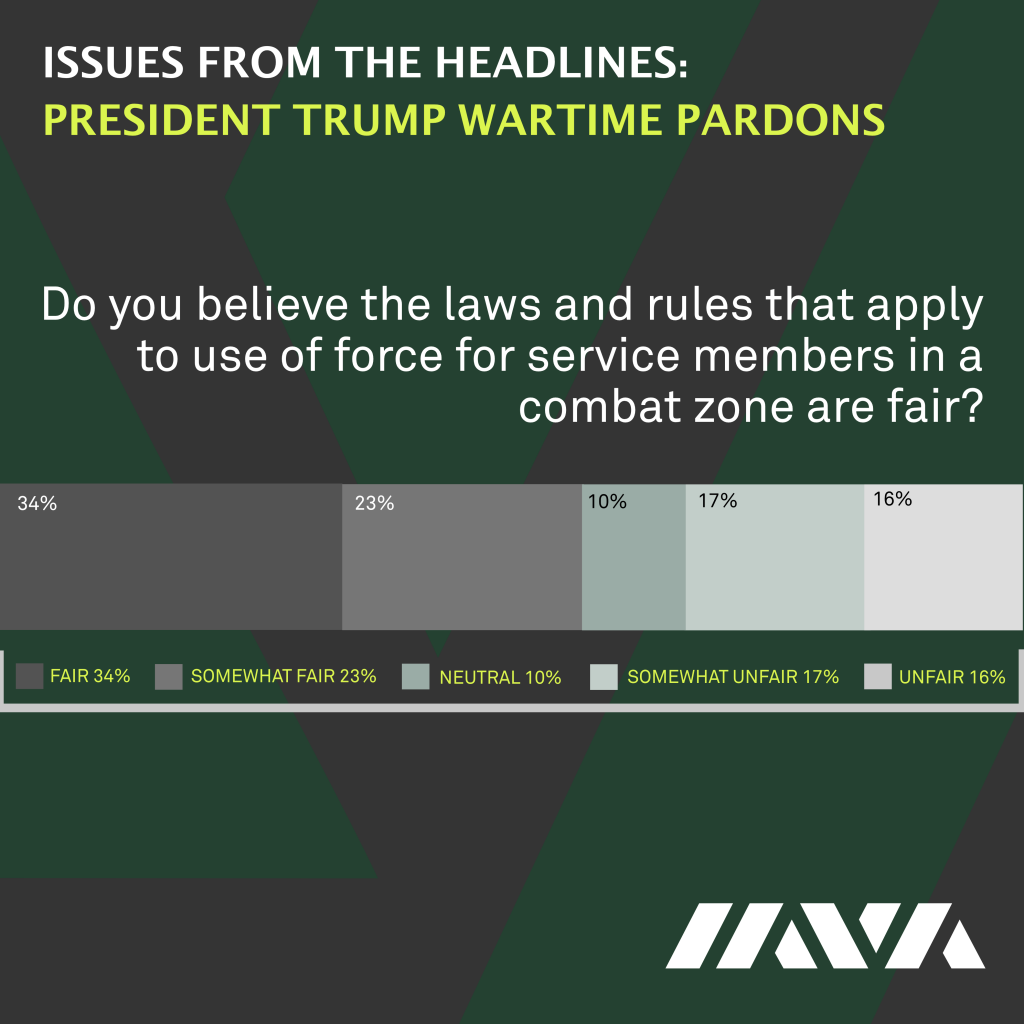