Clay Hunt’s step-father tells Sen. Coburn: $22 million is a lot, but it’s insignificant compared to the cost of 22 veteran suicides every day

Washington D.C. (December 11, 2014) — Susan and Richard Selke, parents of Iraq and Afghanistan war veteran Clay Hunt, are imploring Sen. Tom Coburn (R-Okla.) to lift his Parliamentary hold on the Clay Hunt Suicide Prevention for America’s Veterans (SAV) Act, which is preventing it from receiving a vote in the Senate. The bill, named after their son, a Marine who died by suicide in 2011, will improve access to quality mental health care for veterans and combat a national suicide crisis that’s resulting in the deaths of 22 veterans every day.

The bipartisan legislation passed the House by a unanimous voice vote on Tuesday. A full list of the bi-partisan Senate co-sponsors can be found here: http://1.usa.gov/1sgzLXx. 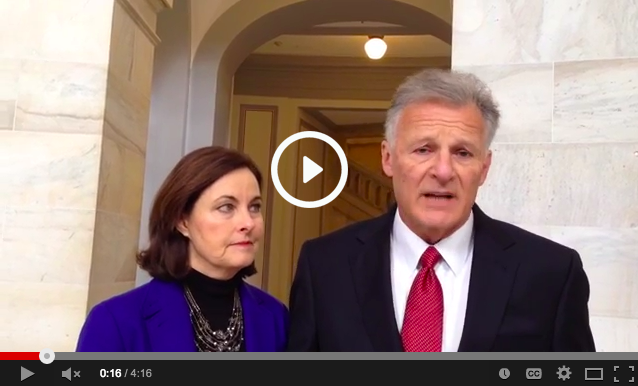 The Selkes, who have been advocating for the comprehensive legislation since the summer, dropped off a petition of more than 60,000 signatures urging passage of the Clay Hunt SAV Act at Senator Coburn’s office yesterday afternoon.

Richard Selke spoke directly to Senator Coburn in a video: http://youtu.be/y42DfV4sJYg. “I understand you are a man of principles, and that you very vehemently and painstakingly watch over our national budget,” said Selke. “Susan and I are conservative Republicans from the state of Texas. I appreciate your vigilance over our budget. The bill we are talking about is projected to cost about $22 million dollars. That’s a lot of money to me. It’s a lot of money to you. But in the context of the value of a human life, it is insignificant.”

The Senate is expected to end its current legislative session by Friday. If the bill does not receive a vote in the Senate before adjournment it dies and vets will be left to begin the entire process again — if possible — in the next Congress.

“We appreciate the House voting unanimously to support the bill and the Democrats and Republicans in the Senate who have already given their approval. Now Senator Coburn has to ask himself: How many vets will die by suicide in the coming months because he alone decided to stand in the way of one of the least costly bills in front of this Congress?” asked IAVA Legislative Director Alex Nicholson.