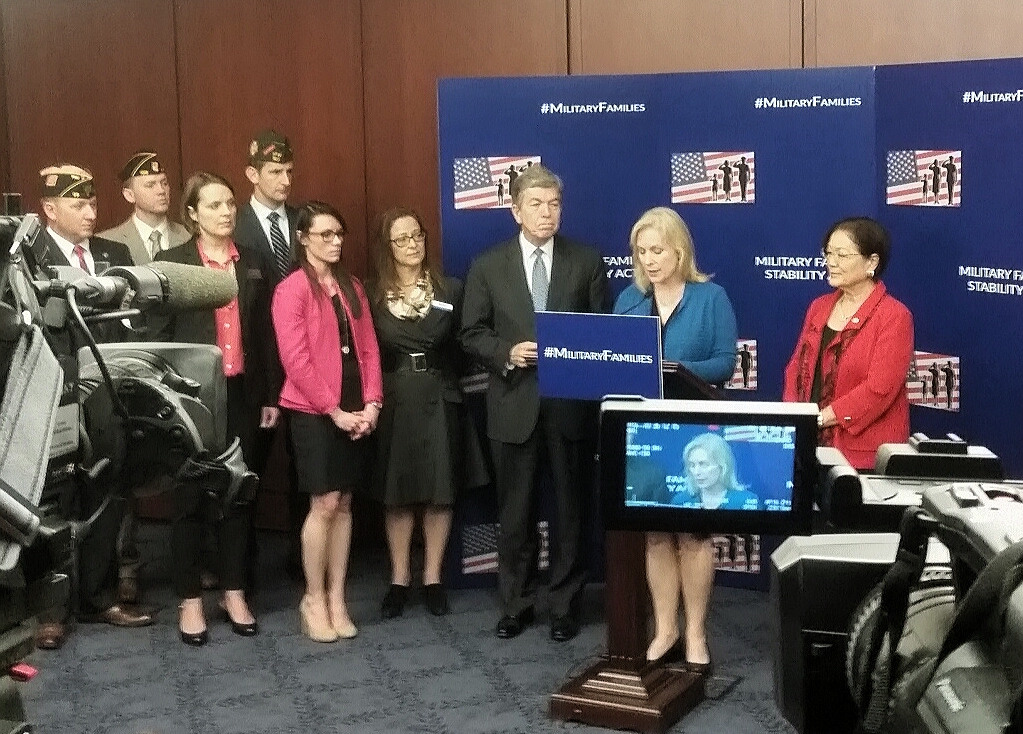 “Often forgotten by the public, military families continue to sacrifice their personal goals and freedoms in support of their loved ones serving our country around the world,” said Paul Rieckhoff, CEO and Founder of IAVA. “IAVA has been at the forefront of advocating for veteran and military families since 2004 and we are proud to stand with Senators Blunt and Gillibrand to introduce bipartisan legislation that will finally bring military policies out of the 1950s and provide military families with the modern infrastructure, protection and opportunities they deserve.“

The MFSA would add stability to a typically chaotic period experienced by military families, on average every two to three years, by providing up to six months of geographic stability either before or after a service member’s permanent change of station (PCS) report date. Key provisions include:

The legislation recognizes that service members do not serve alone and attempts to give families flexibility to make their transitions less stressful.