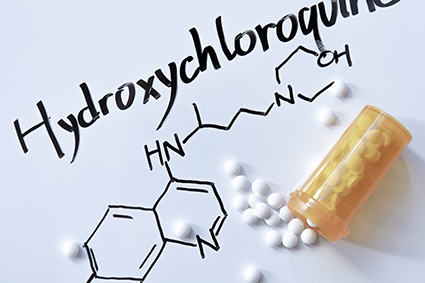 New York, NY – In talks with media and in a call with veteran service organizations, VA Secretary Robert Wilkie seemed to downplay the incredibly serious results of a recent study showing that veterans treated in VA hospitals were more likely to die or require ventilation if treated with hydroxychloroquine than if they were under standard care. He also said the drug has more of an effect on younger vets. The study was conducted on veterans who were in their “last stages,” he said, and that the study was “observational…not peer reviewed..non-conclusive.”

“This is incredibly troubling for a number of reasons and raises so many questions that we need answered” said Jeremy Butler, CEO of Iraq and Afghanistan Veterans of America. “Why were veterans who were receiving treatment from a federal agency being treated with an unproven and speculative drug? What was the approval process used by doctors, patients and their families in discussing and agreeing upon this treatment option? At what point did the VA know that the results were this dire, and when did they act upon those results? What are the VA’s current procedures for approving and administering the drug?”

Today, Secretary Wilkie downplayed the results of the report, calling it an observational study on a small number of veterans in the last stages of life and claiming that the drug has more of an effect on younger and middle-aged veterans in stopping the progression of COVID-19. Without clarifying VA’s policy on when or how the drug treatment is recommended, Secretary Wilkie simply stated that the report is just another tool in the tool box when speaking to patients and their families.

“VA’s opaque use of sick veterans in conducting a drug treatment study is absolutely wrong” continued Butler. “Where is the proof showing that the drug is working on younger veterans and at what point will you decide that it is no longer safe to use veterans as human testing subjects? If Secretary Wilkie is dismissive of the facts published in this study because they are “observational and not peer-reviewed,” then where are the peer-reviewed studies that convinced him that it is safe to treat our veterans suffering from COVID-19 with hydroxychloroquine?”

Iraq and Afghanistan Veterans of America (IAVA) is the premier veterans advocacy and support organization on the planet. Every day, we fight for veterans. Hard. We are the tip-of-the spear non-profit engine of impact that connects, unites and empowers over 425,000 veterans and allies nationwide. Founded by an Iraq veteran in 2004, IAVA is the non-partisan leader in advocacy, public awareness and 1-on-1 care management and peer support. We organize locally, and drive historic impacts nationally.