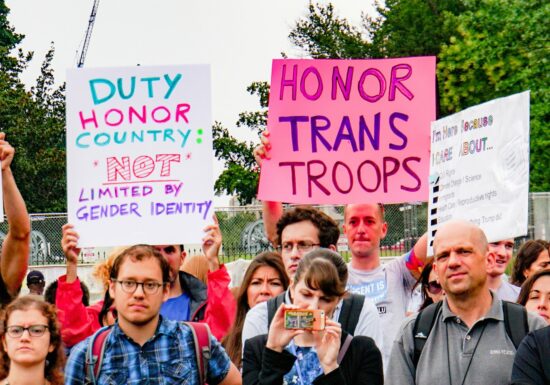 Washington, DC – Today, Iraq and Afghanistan Veterans of America (IAVA) applauds President Biden for repealing by Executive Order, the ban on transgender people from serving in the military established by former President Trump, sending a strong message that the U.S. military is inclusive to all those who wish to serve.

“IAVA has strongly opposed the ban since its enactment in 2017, and as the leading post-9/11 veteran empowerment, advocacy and support organization, we firmly stand in support of our transgender troops and veterans and in support of equality,” said IAVA CEO Jeremy Butler. “We thank President Biden for his commitment to equality among servicemembers and we applaud his swift action in repealing this exclusive policy.”

IAVA is proud to always stand on the right side of equality issues and has fought for historic change within both the Department of Veterans Affairs (VA) and Department of Defense (DoD). IAVA supported the June 2016 announcement by DoD to allow transgender troops to serve openly without threat of discharge, and has called for an expansion of rights and services for LGBT troops, veterans and their families. The organiztion has stood with other veterans groups and submitted an amicus brief in support of transgender service members inclusion in the armed forces and been vocal about our views of equality.

“Equality is necessary for our nation’s military to be as strong as it can be,” Butler continued. “Every able-bodied American that wants to serve our country should be able to do so with the full support of our Commander-in-Chief.”

IAVA will continue fighting to ensure that our nation maintains the best and most qualified force possible and that all veterans and servicemembers are properly honored by our nation and served by the VA and DoD.