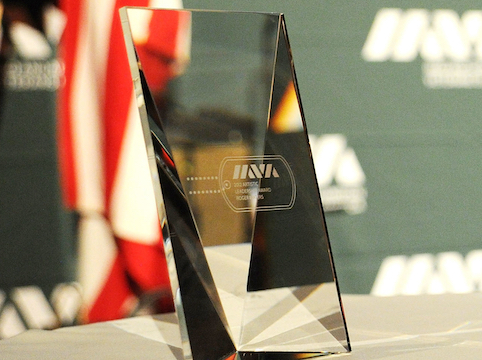 The IAVA 2022 Civilian Leadership Award was given to Susan Marenoff-Zausner, the President of the Intrepid Sea, Air & Space Museum. Zausner expanded the mission of the Intrepid to include supporting underserved communities through additional programs on the Intrepid. Included amongst the enhancements she developed  supporting veteran and civilian visitors are a S.T.E.M education program for public schools, expanded access to additional areas of the ship, and programs highlighting our military history and the heroes who fought for our freedom.

The IAVA 2022 IAVA Veteran Leadership Award was given to General David H. Petraeus (US Army, Ret.) and Command Sergeant Major Marvin L. Hill (US Army, Ret.). In addition to a variety of other assignments throughout their decades-long careers, IAVA Board Member General Petraeus and CSM Hill served as the leadership team for multiple major combat commands in Iraq, Afghanistan, ISAF, and CENTCOM.

“It is truly an honor to recognize amazing leaders who have proven an unwavering and steadfast commitment to the veteran and military communities throughout each of their impressive careers,” said Jeremy Butler, CEO of IAVA. “It is humbling to see such patriotism and dedication from these individuals, and it is a privilege to be able to hear and learn from them as we recognize their service to our country.”

“This year’s IAVA leadership honorees have dedicated their lives to service, and each is a powerful advocate and role model for veterans and the civilian community alike,” said Bruce Mosler, Interim Board Chair of IAVA. “It is an honor to spend time with them and to recognize their service to our country and leadership of our community.”

For more information on the 2022 award recipients, please visit: iava.org/heroes-gala/