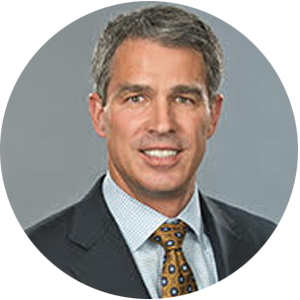 Scott W. Wine has been the CEO of Polaris Industries Inc. since September 2008, and has been its Chairman since January 2013. A proven leader with considerable experience across a number of industries, Mr. Wine has held executive positions at international outstanding companies, including Fire Safety Americas, Danaher Corp and Allied Signal Corp, compiling an impressive track record of results at each.

Mr. Wine started his career as a U.S. Naval Officer and served as a Supply Officer on the USS Lewis B. Puller. He has been a Director of U.S. Bancorp since July 2014. He has been a Director of Polaris Industries Inc. since October 2008. He has been an Independent Director of Terex Corp. since October 2011. He is a recognized leader in the Powersports Industry and a leading producer of snowmobiles, ATVs, utility vehicles and motorcycles. Mr. Wine is a graduate in Economics/French at U.S. Naval Academy in 1989 and received an M.B.A. degree in Finance from the University of Maryland in 1995.