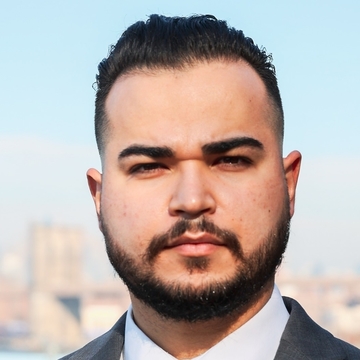 Background: Michael served as a Boatswain’s Mate in the United States Coast Guard. Following his active duty service, Michael utilized his Post 9/11 GI Bill and is currently pursuing a bachelor’s degree in International Criminal Justice. While balancing his studies, Michael now serves as the President of his university’s student veteran organization, the John Jay Veterans Association.  Off campus, Michael is an active member of the NYC Veterans Alliance, where he most recently served as a mutual aid operator, connecting veteran families to vital resources during the ongoing COVID-19 pandemic. Michael now continues his military service as a Maritime Enforcement Specialist in the United States Coast Guard Reserves. Michael’s #Big6 policy priority is veteran education benefits. As he continues to interact with his fellow student veteran population, he’s learned just how much impact benefits like the Post 9/11 GI Bill have on the success of his peers. Michael himself has expressed that using the GI Bill has opened doors for him that wouldn’t have been possible without it.

Ask Me about These IAVA Policy Priorities: Education Benefits