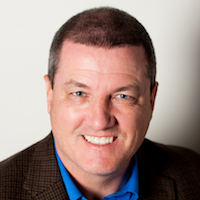 From 1988 – 1999, David served in the Navy as a nuclear power plant operator and supervisor. After 9/11 he returned to the Army as a Cavalry Scout, was selected for OCS, and served as an Armor & Cavalry officer with deployments in 2004 and 2008 before retiring in 2013. He was part of the 2014 Storm the Hill team. He now volunteers his time for IAVA both locally and nationally planning Vet Togethers, aiding members, and thanking our supporters.