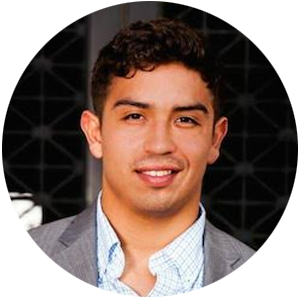 In the wake of losing his father, Daniel made the decision to enlist in the Army. His first tour was a 15-month deployment to Baghdad. After returning home, Daniel spent an additional year in training before leaving for a 12-month tour in Afghanistan.

On Oct. 3, 2009, Daniel was one of 53 Americans who battled insurgents after nearly 400 Taliban attacked the American Combat Outpost Keating near the town of Kamdesh. For more than 12 hours Daniel continued to fight with shrapnel embedded in his neck and leg and bullet fragments lodged in his shoulder. Eight U.S. soldiers were killed during the skirmish. Daniel was awarded a Purple Heart and Bronze Star Medal with a “V” Device for Valor.

Upon returning home from his tours of duty, Daniel often found himself feeling unfocused and displaced amidst the normalcy of stateside life. In a moment of clarity, he remembered a promise he made to a close friend who had died in combat, to play college football.

Achieving this goal would not be easy. Daniel self-produced a recruitment video that would ultimately flood the inboxes of college football coaches after going viral.

In the wake of the video, Daniel fielded interest from Clemson University Head Coach Dabo Swinney.

Swinney offered him the opportunity to walk onto the team and take part in the preseason camp…and the rest is history. After graduating in December 2014 as a two-time All ACC Academic, Daniel continued to pursue football by signing as a free agent with the St Louis Rams and playing in all four pre-season games.