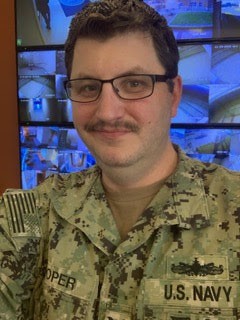 Christopher (Hampton, VA) served as an Information Technicians Specialist in the United States.  He is dedicated to seeing FULL LGBT Equality in the United States Military and co-founded and served on the board of directors for Service Members, Partners Allies for Respect and Tolerance for All (SPART*A) as well as served as a Chapter Leader for the former OutServe-SLDN Virginia Chapter Christopher is Storming the Hill because he believes that there is no higher honor than to serve his fellow man (or woman) in any way that may be asked of him. During his time in the Navy, four of his friends died by suicide. He has also had his own struggles with suicidal thoughts. He feels it’s a hole that too many people stigmatize and that vicious cycle needs to be broken and quickly! The loss of a fellow servicemember or veteran often hurts too many people and not just in the immediate aftermath. Follow Christopher on Twitter.