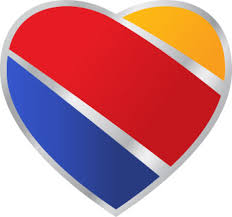 Southwest Airlines Co. is a major American airline headquartered in Dallas, Texas, and is the world’s largest low-cost carrier.

The airline was established on March 15, 1967 by Herb Kelleher as Air Southwest Co. and adopted its current name, Southwest Airlines Co., in 1971, when it began operating as an intrastate airline wholly within the state of Texas, first flying between Dallas, Houston and San Antonio. The airline has nearly 60,000 employees and operates about 4,000 departures a day during peak travel season.

As of 2018, Southwest carried the most domestic passengers of any United States airline. The airline has scheduled service to 103 destinations in the United States and ten additional countries. In late 2020, Southwest began announcing a series of expansions to several new airports, such as Palm Springs International Airport, and the return to several previously exited airports.

Southwest has been a valued corporate strategic partner with IAVA since 2011.