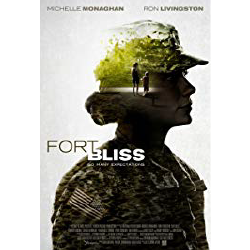 IAVA was a close adviser and charitable partner for this powerful independent film about a female combat medic. To promote advocacy around women’s veterans issues, we worked with Michelle Monaghan, the star of the film, to ensure she was well-versed on the priorities and needs of female veterans. Beyond our feature on the film’s homepage, IAVA assisted in outreach for screenings and hosted VetTogethers for the film in multiple cities. Additionally, IAVA welcomed Michelle as a guest of honor at our annual Heroes Gala in New York. Michelle continues to serve as a passionate and effective advocate for IAVA and female veterans. For these efforts, we’ve awarded Fort Bliss with our Seal of Approval