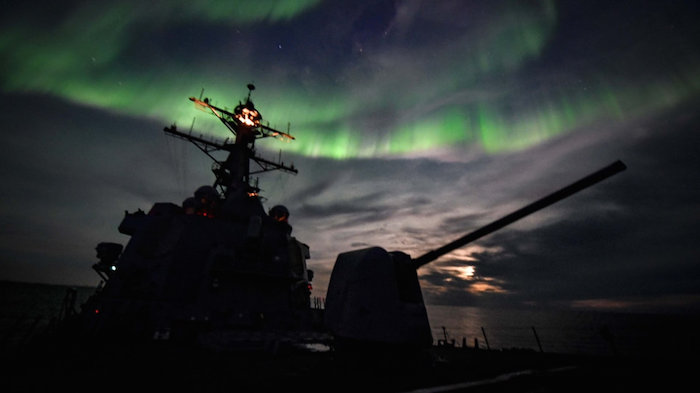 In Afghanistan, each of the four battalions within the BCT had been assigned its own area of operations in the country’s south. All shouldered their fair share of the fight to wrest the region from Taliban control. All endured the typical features of modern counterinsurgency: ambushes, IEDs, snipers, suicide attacks, extreme boredom. All suffered heavy casualties. I saw a lot of the guys in my unit struggle intensely with the psychological ramifications of that deployment. | Task and Purpose >>

The report showed inaccurate death records at the Department of Veterans Affairs, and the VA’s failure to share monthly death reports with the SSA. The communication gap resulted in an estimated $37.7 million being inappropriately doled out to 746 people. That number could rise more than $7 million over the next year if the issues aren’t resolved, the inspector general said, according to the Washington Times. | Fox News >>

A federal watchdog agency says a Denver-area office of the Veterans Affairs Department made mistakes on some benefit claims and processed others late, but no system-wide problems were found. The VA’s Office of Inspector General said Tuesday it reviewed 60 claims processed by a Veterans Affairs office in the Denver suburb of Lakewood. | Coloradoan >>

An explosion outside an entry control point at Bagram Airfield in Afghanistan Wednesday has resulted in multiple casualties, U.S. Forces Afghanistan said. The attack comes a day after U.S. Forces-Afghanistan formally apologized for an offensive leaflet that was dropped in the same province as Bagram Airfield. However, a Pentagon spokesman said Wednesday it was too early to say whether the leaflet spurred the attack. | Military Times >>

Iraqi Kurdistan’s plans for a Sept. 25 referendum on independence have been met with frustration from many sides. Neither the United States nor the government in Baghdad, nor other regional capitals like Tehran or Ankara, are pleased with the prospect of a third of Iraq breaking away completely. Such a move, they fear, could further destabilize Iraq and the wider Middle East. The United States is now pushing the Kurdish government to postpone the referendum indefinitely. | The New York Times >>

In Afghan society, many people are culturally and religiously sensitive to the issue of dogs. They generally are considered unclean, diseased and dangerous, and a common Afghan proverb says that if a dog is in your home, angels will not cross the doorstep. Dogs are a common sight in Afghanistan and are traditionally used for fighting, guarding and herding.  | The Washington Post >>

As Defense Secretary, Mattis has emphasized that he has little tolerance for policies that detract from military readiness or the Pentagon’s effectiveness on the battlefield. At the last moment in June, he delayed the Pentagon’s plan to accept new transgender troops. His reasoning: He demanded more study to determine the effect of recruiting them on the Pentagon’s ability to fight and win wars. | USA Today >>

Several service members in Houston acknowledged feeling overwhelmed by the cries for help, frustration as they were forced to triage requests and pride in what they accomplished. The Coast Guard estimates it rescued more than 11,000 people in response to the storm, which flooded a broad swath of Southeast Texas with as much as 51.88 inches of rain. At least 65 people in the United States have been reported killed. | The Washington Post >>

“The Department of Defense is getting more comfortable launching things into space on the Falcon [9],” said Ray Lugo, who served as director of NASA’s Glenn Research Center in Cleveland from 2010 to 2013. “They are willing to put something like the X-37, a crown jewel, on one of those. If you lost one of these, you’ve lost half the fleet.” | Orlando Sentinel >>

Except the 48-year-old U.S. Air Force veteran isn’t technically running, and he’s actually working toward realizing his cross-country goal for the second time. Mr. Palmquist is cycling his way west back across the nation with his 10-year-old dog, Daisy, along for the ride in a crate strapped to a tow-behind trailer. | Military.com >>

“Collaboration between the corporate and veteran communities is both essential and mission in our nation”, says Darrin Wylie, marketing director at USAA, a veteran of the Air Force himself, and an advisor to VETTED. | The Huffington Post >>

A Spinal Cord Stimulator is providing back pain relief to patients who are searching for an alternative to potentially addictive pain medication, and the implant has already been life changing for one Central Texas veteran. “I’ve been to Korea three times, Kuwait three times, Iraq, Saudi Arabia… I’ve been around the world a little bit,” Chester Jones III said. | KXXV >>