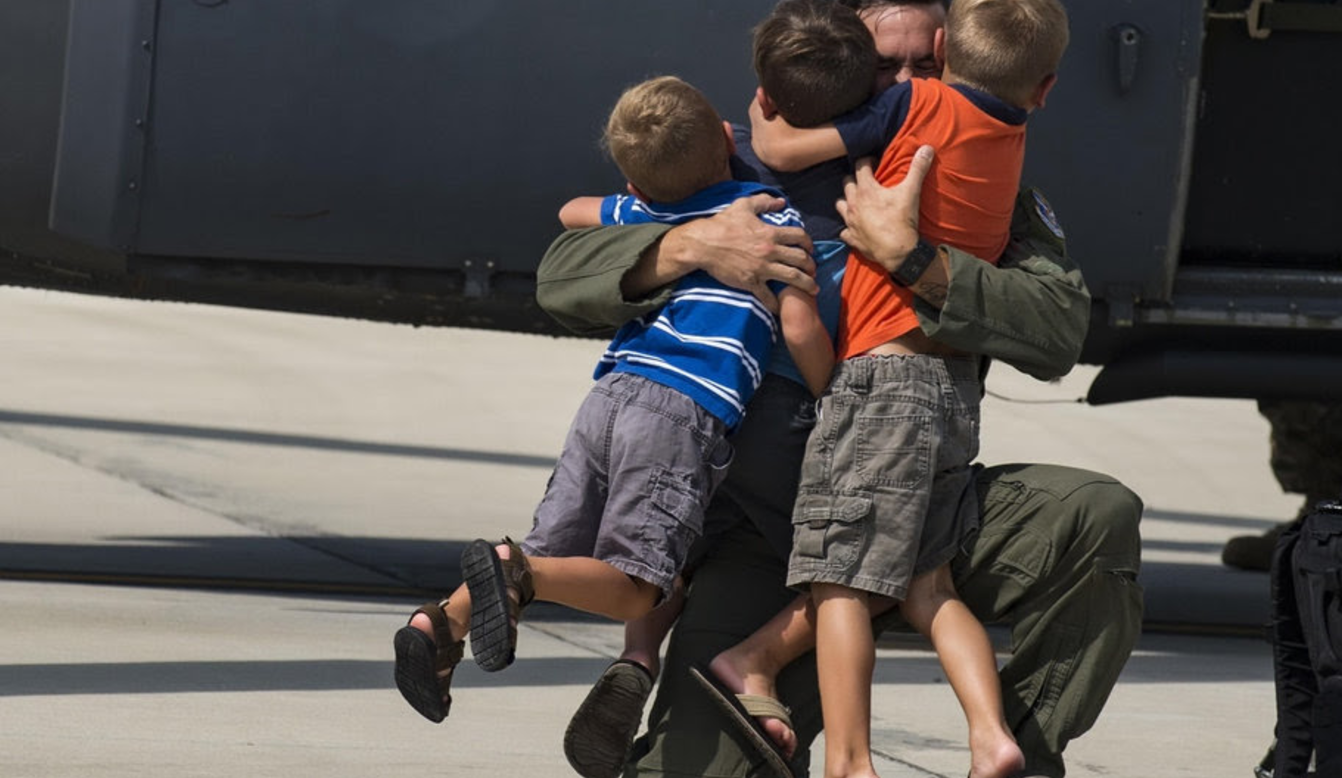 “Veterans are about 20 percent more likely than nonveterans to kill themselves, according to a Veterans Affairs press release issued on Friday afternoon at the close of business. (Traditionally, that’s when Washington public affairs types put out bad news they don’t wish to discuss. Mainly they hope to see it tucked into Saturday newspapers that no one reads.)” | Vanity Fair >>

The experiments on the dogs stopped and they were “taken off protocol to be adopted out” on April 3rd, the same day that WCW submitted a FOIA request seeking records related to all the dogs currently assigned to research at the Cleveland VA. Records indicate that two dogs were marked as “adopted out” on April 28, the same day of the Free Beacon’s inquiry. | Washington Free Beacon >>

“They are in a holding center in Tal Kayf under the control of Iraqi security forces, so their cases can be examined before they are eventually expelled from the country,” a provincial councillor from Nineveh, the region where Mosul is located, told the AFP news agency on condition of anonymity. | Newsweek >>

Our family was gathered around a dinner table in Afghanistan listening intently to Voice of America when President Bush declared war on the Taliban regime in 2001. My grandpa, deep in contemplation, lowered his cup and coldly asserted: “These Taliban have a double-fisted approach to absolute control. A sword in one hand and a Quran in the other.” He feared they would never go away unless somebody would “take the holy book from them, kiss it, and put it somewhere safe in the hands of true Muslims.” | The Hill >>

Now, as ISIS continues to lose ground in both its former fiefdoms in Northern Iraq and Syria and on the front pages of global newspapers, the hotel is quieter. “There’s no one here because there’s no more Mosul crisis,” said Muhammad, the maitre’d, with a laugh as he surveyed the empty place settings. | VOX >>

The Navy’s top officer, however, said he can’t yet draw a direct link between those problems and a series of ship collisions and accidents this year that resulted in the deaths of 17 sailors. Adm. John Richardson, chief of naval operations, said that Navy commanders are ultimately responsible for insuring their forces are combat ready and operating safely and effectively. | NBC News >>

“It is not fair for this nation to ask our commanders to keep saying ‘We got this’ right up to the point of failure, because we don’t got this,” Wilson declared. “Low readiness for a crisis doesn’t mean we won’t go. We will go. What it means is that fewer will come back.” | The Drive >>

Earlier this year, an official from the Marine Corps Capabilities Development Directorate’s Maneuver Branch said the Corps was taking part in the Army’s Modular Handgun System selection effort in order facilitate its own search for a new sidearm. | Business Insider >>

Officer Matt Haviland was on patrol several weeks ago when he stopped to grab a cup of coffee from a local truck stop in Indiana. He noticed a man in a wheelchair crossing the parking lot with a desert camouflage backpack who appeared to be former military. The two struck up a conversation and Haviland-an army veteran-learned the man served 16 years, which included multiple combat deployments before a catastrophic training injury left him paralyzed. | Competitor Running >>

Marshall says Lucy was really the first dog trained by the nonprofit company. He explained Smoky Mountain Service Dogs works hard to match the dog with its owner. Although Lucy was trained first – in fact, she was the “star dog” the program used in demonstrations and appearances – she wasn’t matched up until Marshall came along. | Knoxville News Sentinel >>

This week, 11 of Fort Bragg’s wounded warriors and veterans are competing in the local Warrior Games trials in hopes of moving on to the regional-level competition. The winners at the regional level will advance to the Department of Defense Warrior Games competition in June in Colorado Springs, Colorado. | Military.com >>