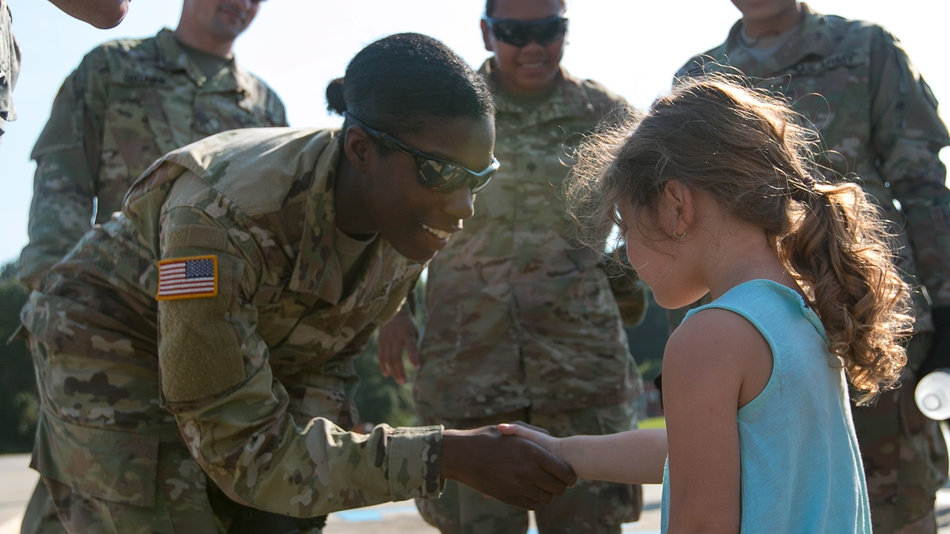 Now the director of veterans affairs the mayor of Washington, D.C., Ross and other volunteers are partaking in the September 11 National Day of Service and Remembrance by helping refurbish the Southeast Veterans Service Center, a local clinic and housing facility. | Voice of America >>

The report, by the VA’s inspector general, is the latest criticism of the New Hampshire facility. The criticisms first emerged after the Boston Globe reported on a whistleblower complaint filed by physicians alleging substandard care at the state’s only medical center for veterans. The physicians described a fly-infested operating room, surgical instruments that weren’t always sterilized and patients whose conditions were ignored. | Military Times >>

“If they choose a more peaceful death, they would essentially be evicted in order to exercise that choice,” said Kathryn Tucker, executive director of the End of Life Liberty Project, who spoke at a Veterans Home meeting organized by the Yountville center’s Allied Council, which represents the facility’s estimated 1,100 residents. | Napa Valley Register >>

“We were told that in Iraq they had implemented Islam and we came here and it was true. We lived our lives as Muslims and we were very happy until the warplanes came and destroyed everything,” she said. She and other women said they had been living in Tal Afar since early 2015. They said they knew nothing about the group’s widely publicized atrocities. | The Washington Post >>

“We discovered that a lot of house have been looted and the books were on the sidewalk being used by people who were selling [food items] and all these things, they would tear a page out of a book and give it you. These were books by some of the noted scholars and we knew that probably nobody else would be able to find these books. So we had a concerted campaign to go around the city and buy up all the books, the looted books, that we could find.” | Voice of America >>

American officials, concerned that it would hobble the fight against the Islamic State, have urged the Kurds to delay the vote. An open rift between Baghdad and Kurdistan could end the cooperation between Iraqi and Kurdish forces, which is seen as critical in the campaign to defeat the Islamic State. Kurdish secession would also deprive the United States of one of its primary goals since it invaded this country: keeping Iraq intact. | The New York Times >>

The USMC released this statement about Giannattasio’s passing: “The Marine Corps is in mourning and offer our deepest condolences. We continue to support the family during this difficult time. PFC Giannattasio was an outstanding Marine who stepped up to the difficult challenge of earning a spot amongst our distinguished reconnaissance forces. Though he will be deeply missed, he will always remain in our ranks. Once a Marine, always a Marine.” | NBC San Diego >>

More than 7,400 Army personnel, including active duty, reserve and National Guard soldiers, as well as U.S. Army Corps of Engineers civilian members are involved in or prepared to support state, local and territory agencies or other federal agencies such as the Federal Emergency Management Agency as part of Hurricane Irma relief operations in the U.S. Virgin Islands, Puerto Rico and the continental United States, including Florida, according to a statement released by Army public affairs officials yesterday. | Department of Defense >>

Iran says it warned off a U.S. Navy warship during a rescue of a boat in the Gulf of Oman, while American officials say there was no direct contact. The U.S. Navy said Sunday the incident happened Wednesday and involved a small vessel some 75 nautical miles from the USS Tempest, a coastal patrol boat. The Navy says another boat much closer offered assistance, with that vessel communicating with Iranian naval forces. | ABC News >>

On Sept. 11, 2001, Joe Quinn was a fourth-year cadet at West Point. His older brother James was a new hire at Cantor Fitzgerald, working at the World Trade Center. James, 23, never made it home from the investment bank’s 104th floor office, and his remains were never found. Joe went off to serve two tours in Iraq. | New York Daily News >>

“For me, it was learning that I could have a new mission, I don’t have to be held back by my injuries, or any of my mental or physical burdens that I sustained in the military,” he said. “I can use them to empower myself or other veterans. But being around other veterans and being around the community, hands down that’s what I’ve learned to be more effective.” | OC Register >>

The Lucey’s 23-year-old son Jeffrey hanged himself in the family’s Belchertown home on June 22, 2004. This was just about a year after he returned on July 3, 2003, from three months of active duty as a lance corporal, with the U.S. Marine Corps Reserve’s 6th Mobile Transport Battalion out of New Haven, deployed to drive truck convoys in Iraq at the start of Operation Iraqi Freedom. | Mass Live >>