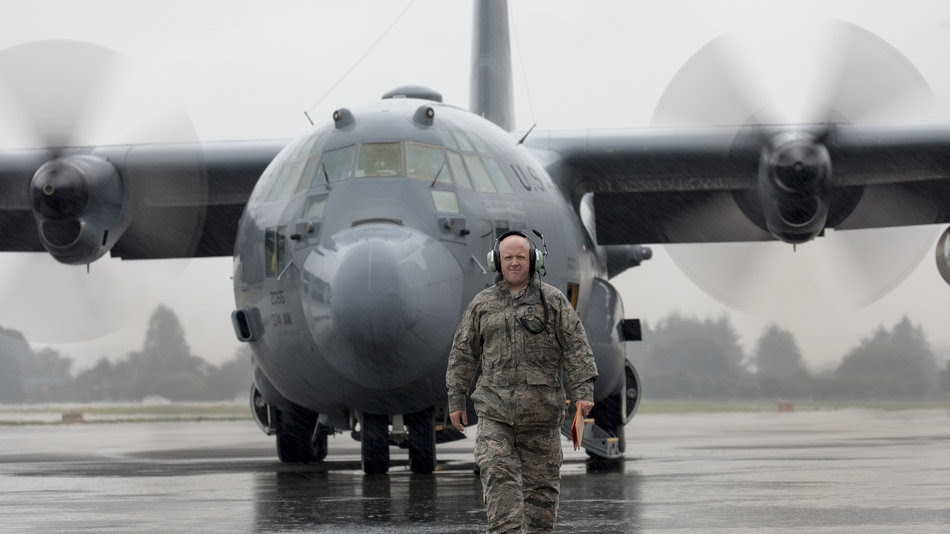 “It’s a difficult experience not just, of course, for the families … but for our entire community, to see the politicization that’s happening around these unfortunate deaths,” she says. That politicization comes “on both sides of the aisle.” | NPR >>

But that was not the full story: The aide, Patricia Waible, eventually admitted that she was playing video games on her computer and didn’t check on Nutter at all, according to someone with firsthand knowledge. And when a nurse discovered Nutter dead the next morning, the hospital’s internal report shows she announced it to her boss with a crude gesture signifying a slit throat. | The Boston Globe >>

When the Department of Veterans Affairs starts offering new ID cards next month, they won’t be available to every veteran. That’s because of a decision by VA officials to issue the new IDs only to individuals with honorable discharges, a move that goes against earlier department policies at increasing outreach to veterans with so-called “bad paper” discharges. | Military Times >>

Maintaining security will also entail ensuring economic stability. After years of conducting unconstitutional oil sales and pocketing the revenue, the Kurdistan Regional Government is on the verge of bankruptcy. This is a result of the corruption of a few Kurdish officials and their families. My government intends to redress the inequitable distribution of our national resources to discourage corruption in the Kurdish region, and protect the people there and in the whole of Iraq. | The New York Times >>

The assault didn’t end until U.S. forces carried out an airstrike that killed the 10 attackers, Waziri said. It was the latest U.S. strike in an escalating aerial war in Afghanistan that saw American warplanes fire more than 900 weapons in August and September, the greatest two-month total since 2012, according to U.S. Air Force statistics. | Los Angeles Times >>

Today, the Islamic State controls just three percent of Iraq after controlling one-third of the country two years ago, but American officials say an old nemesis in the region continues to stoke tensions inside the country, creating another immediate challenge once ISIS is defeated. After the fall of the oil-rich city of Kirkuk and the evacuation of Kurdish fighters, the U.S. military must figure out how to keep Iraq from breaking apart while also preventing Iran from turning its neighbor into a proxy state. | Fox News >>

The U.S. Navy is a victim of America’s success. Thanks to America’s global network of interests and alliances, the Navy’s area of responsibility is for all intents and purposes the entire planet, with very few bodies of water off limits. From the Black Sea to the Yellow Sea, the Navy is expected to show the flag-or fight-around the world. | Scout >>

The US Army is now facing missions in Iraq and Afghanistan as well as growing demand for personnel in Europe, Asia, and Africa. The service has dealt with more missions and a higher operational tempo for some time, and it also is looking for ways to increase training and prepare for future conflicts. Ongoing train, advise, and assist operations have also added to the demand for US troops. | Business Insider >>

A female Marine will get a second crack at Marine Corps Forces Special Operations Command in January. In September, the Marine corporal completed the first phase of MARSOC training but she did not score high enough to advance further, said command spokesman Maj. Nick Mannweiler. She is the second female Marine to attempt the training since all military occupational specialties were opened to women. | Military Times >>

“With a person you can say, I’m fine I’m great. But to a horse you can’t lie. You can’t fake it with them. If you are putting out a hard energy or an angry energy, the horse is going to run from you. They are prey animals. They are really going to be like, I can’t be around you. So you really have to mediate the energy you are putting out,” say Natasha Boykin, a Combat Stress Recovery Specialist with the Wounded Warrior Program. | KOLO

The cavalry is here, at an abandoned airport in the far west of Puerto Rico. Not a traditional military unit, but a bunch of guys who call themselves the Warfighter Disaster Response Team. They’re veterans of the wars in Iraq and Afghanistan, and when they see a need, they just go. Red tape frustrates them, especially when people are hurting and they can help, so they deploy themselves — for free. | CNN >>

An Iraq War veteran, Mr. Turner has published two poetry collections, “Phantom Noise” and his debut, “Here, Bullet,” which was a New York Times Editor’s Choice selection and winner of the 2005 Beatrice Hawley Award, the 2006 PEN Center USA Best in the West award and the 2007 Poets Prize, among others. His work has been published in National Geographic, The New York Times, Poetry Daily, Harper’s Magazine and other media. | Naples Florida Weekly >>