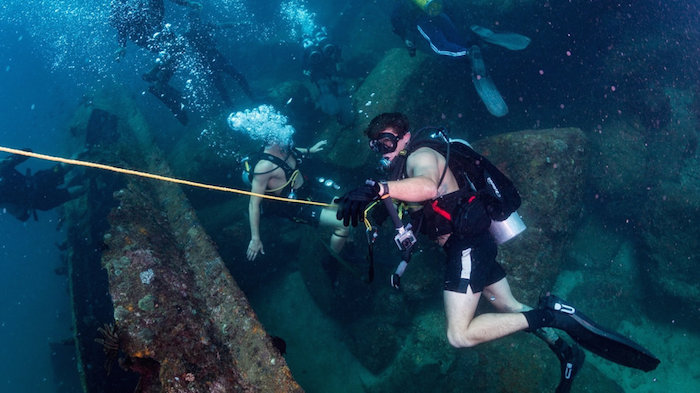 USA TODAY reviewed hundreds of confidential VA records, including about 230 secret settlement deals never before seen by the public. The records from 2014 and 2015 offer a narrow window into a secretive, long-standing government practice that allows the VA to cut short employees’ challenges to discipline. | USA TODAY >>

In meetings with the lawmakers, veterans at the Support House relayed stories of untreated mental health problems and other lingering medical issues, with limited medical help available. Takano said one veteran he met just started receiving VA disability checks, an income stream that he described as “life-changing” given his medical problems and unfamiliarity with how to find work in a foreign country. | Military Times >>

Over the past decade, there have been a growing number of efforts designed to support service members, veterans, and their families as they cope with deployments. Addressing the mental health consequences associated with these deployments has been a priority focus area across the government and nongovernment sectors. | RAND >>

In September, for example, the U.S. Air Force dropped 751 bombs, an increase of nearly 50 percent from the August figure of 503, to reach its highest single-month total in seven years, military data showed. “The increase can be attributed to the president’s strategy to more proactively target extremist groups that threaten the stability and security of the Afghan people,” the Air Force said in a monthly report. | The Huffington Post >>

Iraq’s federal courts have issued arrest warrants for the members of the Kurdish electoral commission that organized last month’s independence referendum. Prime Minister Haidar al-Abadi’s office said Wednesday it would execute the warrants, but it is unclear how it would do so as federal forces do not operate in the autonomous Kurdish region. | ABC News >>

Representatives of Afghanistan, China, Pakistan and the United States will meet in Oman next week to discuss reviving peace talks with Afghan Taliban militants, an Afghan official and a Pakistani foreign ministry source said on Wednesday. | Reuters >>

The Army will reach its goal of 80,000 new soldiers without compromising quality, predicted Maj. Gen. Jeffrey Snow, who leads its recruiting command. The need for new soldiers comes as Congress has reversed trends begun in the Obama administration to downsize the military. An additional headwind for recruiting in all the service branches: a growing economy where civilian jobs, not joining the military, attract young people. | USA TODAY >>

To date, more than 500 female soldiers have completed training to serve in infantry and armor jobs that only became opened to them in December 2015 when the Pentagon eliminated rules barring women from serving in certain military jobs, Lt. Gen. Thomas C. Seamands, the Army’s chief of personnel, said during the Association of the U.S. Army’s annual meeting in Washington. | Stars and Stripes >>

Corlett works for the Cincinnati Police Department, but he’s also an Army veteran. He came up with the idea to use his status as a vet to change the interaction when officers come across a veteran in distress. “Our goal was to educate law enforcement and first responders on what PTSD looks like and how to deal with it,” he said. | WCPO >>

After Steven witnessed an IED blast injure a fellow soldier, he felt guilty, detached, and on edge even after leaving the Army. During a fight with his wife, he finally realized he needed to get help. Prolonged exposure therapy helped treat Steven’s PTSD symptoms and gave him hope for the future. | Make the Connection >>

While in Iraq, Brown worked in the motor pool repairing trucks and training Iraqis to do the same while coping with mortar attacks and the loss of comrades. In addition, while performing her duties, Brown said she faced certain challenges as a woman in the military. | The Daily Herald >>