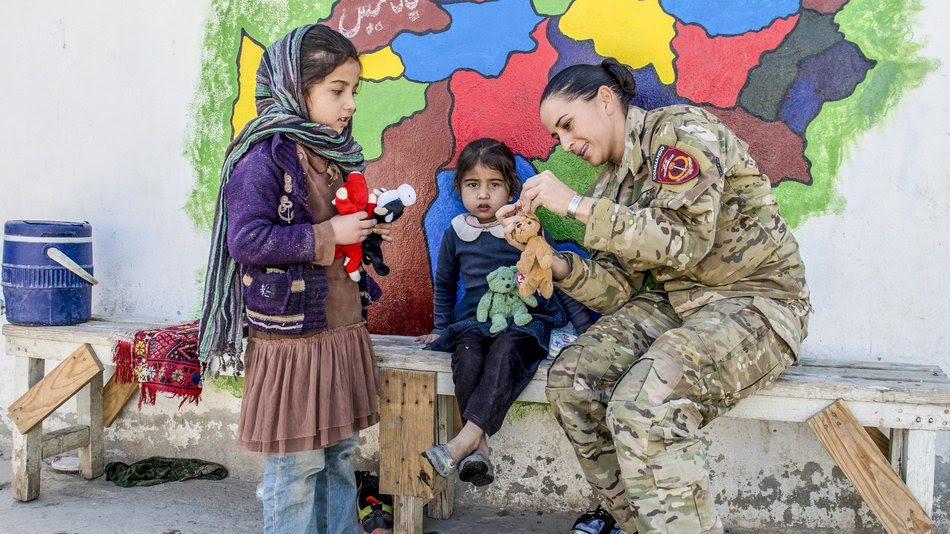 “My transition from military to civilian life was messy, confusing, and lonely. After five and a half years of service, I received a medical discharge when an injury sustained in Advanced Individualized Training degraded to the point where I could no longer carry out my duties.” | Medium >>

“Today … I call for a new way of thinking about benefits,” VA Secretary David Shulkin said Monday during a speech at the National Press Club. “I want to see an ongoing dialogue with stakeholders about rationalizing veterans benefits – a veterans benefit advisory board that can bring clarity to what we’re trying to do for veterans and what’s best and how we can do that in the best way.” | Federal News Radio >>

A conservative goal of opening more of the Department of Veterans Affairs’ medical services to the private sector is due to get a push from the well-funded Koch brothers’ network. Brothers Charles and David Koch, whose network is planning to spend hundreds of millions of dollars to advance its conservative agenda across the government and protect vulnerable congressional Republicans, will mobilize several affiliates and subgroups to battle for its vision of the future of the VA, Koch representatives said this week. | The Wall Street Journal >>

The first time Captain Noorullah Aminyar traveled to the United States, in 2012, he felt calm and peaceful in a way he never had before. Back home in Afghanistan, he had slept fully clothed, boots on, hand on his rifle. The Taliban attacked every night, and he had to be ready. | Esquire >>

On Oct. 27 Iraqi Prime Minister Haider al-Abadi declared a pause in the offensive, though it was unclear whether there was any official agreement on a ceasefire.The German cabinet has urged the Bundestag (lower house of parliament) to vote to extend the mission by three months to give the next government time to review all foreign missions. | U.S. News and World Report >>

A defiant Kabul TV station went back on the air moments after the end of an attack by gunmen who had stormed the broadcaster, killing at least one person and leaving two dozen wounded. The assault on Shamshad TV by militants disguised as policemen, which was claimed by Islamic State, highlights the risks facing journalists, who are increasingly targets in the war-torn country. | The Guardian >>

The Department of Defense has identified the Army Green Beret killed in Afghanistan on Nov. 4 as Sgt. 1st Class Stephen Cribben, a 33-year-old senior communications sergeant assigned to 2nd Battalion 10th Special Forces Group out of Fort Carson, Colorado. Cribben died of wounds sustained while conducting operations in Logar province, Army Times reports, bringing the total number of troops killed in Afghanistan so far this year to 13. Of those, 11 were killed in combat. The incident is currently under investigation. | Task and Purpose >>

U.S. troops who had lunch with President Donald Trump on Tuesday at a military base in South Korea say he told them there was no place he’d rather be. Trump and his South Korean counterpart Moon Jae-in joined 108 hand-picked servicemembers, including 20 South Koreans, for Taco Tuesday at a Camp Humphreys dining facility. | Military.com >>

“It is unbelievably devastating to hear that multiple data entry errors by the Air Force allowed someone who should have been prohibited from purchasing a firearm to buy one, and use it to kill at least 26 people,” said Rep. Adam Smith, D-Wash., ranking member of the House Armed Services Committee. | Military Times >>

For his first 107 years, Richard Overton lived in relative anonymity. A World War II veteran who fought in the Pacific, he could usually be found post-retirement on the porch of his Austin, Texas, home, smoking cigars and chatting up his extensive circle of family and friends. Then, in 2013, he visited Washington, D.C., and was referred to in the media as the oldest living U.S. veteran. (In actuality, that would not become true until 2016.) | History.com >>

An Iraq War veteran who co-founded a locally based nonprofit offering surf camps and therapy sessions to other veterans and their children was selected as one of the 2017 Top 10 CNN Heroes. In May 2015, Andrew Manzi co-founded the Warrior Surf Foundation on Folly Beach with Tyler Crowder and started offering free lessons to veterans. | The Post and Courier >>

A retired U.S. Army National Guardsman who lost both arms in an explosion while serving in Afghanistan flew to Johns Hopkins Hospital this week for a double-arm transplant. Sgt. Eric Lund of Ludington was injured in a roadside bomb explosion in 2012. | MLive >>