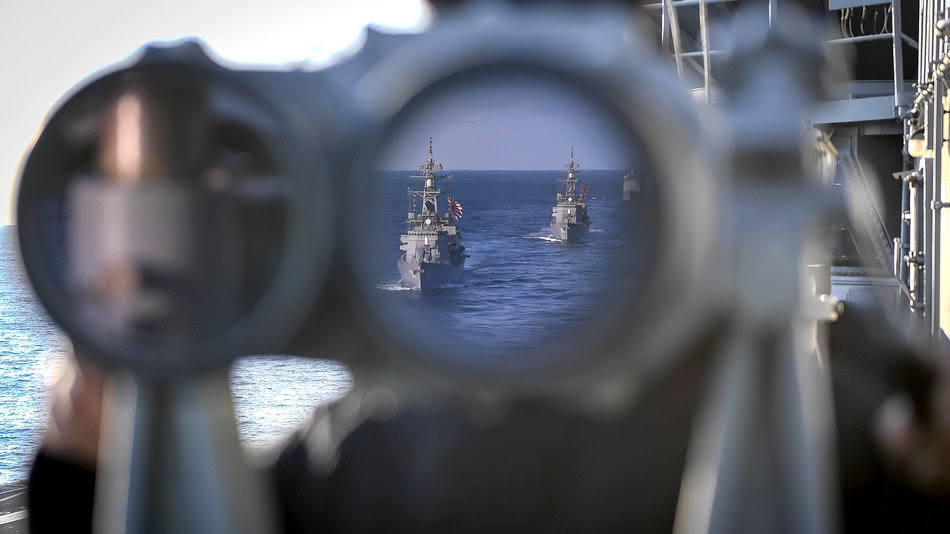 “We’re trying to not only let veterans increasingly have more choice and decision making,” Shulkin said Monday. “We’re trying to let the VA understand under that system for them to remain strong, they have to be veteran-centric. They have to treat their veterans like customers, and they have to have quality of services and access to services that is equal to or better than the private sector.” | The Hill >>

“The Department of Defense intends to issue a policy change to the ‘Post-9/11 GI Bill’ regarding the transferability of benefits to eligible family members,” Anthony Kurta, acting deputy under secretary of defense for personnel and readiness, told members of the Senate Armed Services Committee in a written statement. | Military.com >>

The top commander of the U.S. military response pulled out last week, along with troops and helicopters, saying it was time to transition to the next phase of recovery. But the most vulnerable – among them the island’s aging veterans – are still overwhelmed. | Stars and Stripes >>

The amendments apply to Iraq’s personal status code, which is a legal framework addressing family law that gathers most of women’s legal rights in matters of marriage, divorce, child custody, alimony or inheritance. One of the proposed amendments could allow child marriages of girls at age nine. | The Washington Post >>

The strikes marked the first use of the F-22 in Afghanistan, according to US officials. The advanced stealth fighter aircraft is based at Al Dhafra Air Base in the United Arab Emirates and required refueling support from KC-10 and KC-135 aircraft to reach the target. | CNN >>

Unfortunately, early indications are unpromising. Notably, after three years of atrocious governance by ISIS, and more than a year of intense fighting in which Iraqis teamed with coalition airpower and advisors liberated the city, Mosul continues to lie in ruins. | Task and Purpose >>

U.S. Navy unmanned underwater vehicles have been deployed to the southern Atlantic to assist in the search for a Argentine submarine that went missing last week. Rescue personnel from several countries are racing to locate the vessel, as the likelihood of the crew’s survival diminishes dramatically with every passing day. | Task and Purpose >>

The mark is 0.3 percent above what President Donald Trump and the Pentagon had requested. It translates into about a $680 annual boost from 2017 pay for younger enlisted ranks, and about $1,080 a year for more senior enlisted and junior officers. A mid-career officer will see almost $2,000 a year extra under the plan. | Military Times >>

Sgt. Dana Seminoff has already accomplished more than most. “I did two deployments in Afghanistan, two in Iraq, one in Kuwait, and I finished up my service on active duty in Korea,” said Seminoff, who is currently an EMT. At 35 years old, Seminoff has one more dream he’s chasing: to become a Leominster firefighter. | NECN >>

“We really were trying to get out of Iraq, but we knew that if we came back home just with the idea or concept, that we wouldn’t probably succeed. So real estate, entrepreneurship was our way of creating a safe haven,” he adds. | 9 News >>

Taylor commended the university for creating a Veterans Resource Center as a place for student veterans to get to know each other and support each other. “No one understands a veteran’s life better than another veteran,” he said. Referring to the 500-plus student veterans at UT, Taylor said, “We wish we had 500 quilts so we could give one to them all.” | TN Today >>