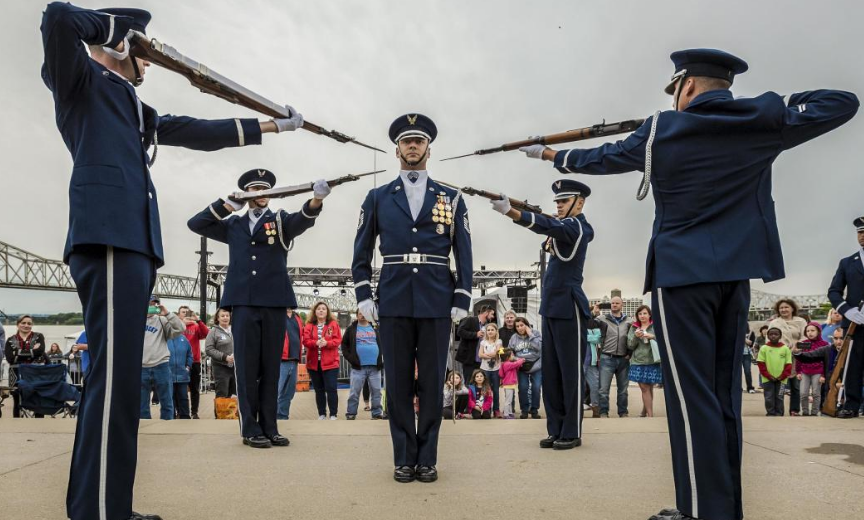 This is the story of two U.S. military veterans who, even after serving decades ago, continue to fight for citizenship. Nuevo Progreso is a small, vibrant town on the Mexican side of the border. But despite it being in one of the most violent regions in Mexico, hundreds of Americans cross the Progreso international bridge every day to get there. | KVUE >>

The head of so-called Islamic State (IS) in Afghanistan, Abdul Hasib, has been killed, President Ashraf Ghani’s office has said. It said he died 10 days ago in an operation led by Afghan special forces in the eastern Nangarhar province. Hasib is believed to have been behind March’s attack on a military hospital in Kabul, killing more than 30 people. | BBC News >>

A Kurdish officer says militants have launched multiple suicide attacks against a Peshmerga base north of Baghdad, killing two troops. Maj. Gen. Hiwa Rash says five militants disguised in military uniforms carried out the attack at dawn Sunday on the K1 base outside the northern city of Kirkuk. He said two militants blew themselves up at the entrance and three others were killed in an exchange of gunfire. | Fox News >>

At least five Afghan checkpoints near the border with Pakistan were destroyed and 50 security forces killed in fighting in recent days, Pakistan’s military said Sunday, even as Afghan officials dismissed the claims as “baseless.” Two Pakistani soldiers were also killed in the fighting that began Friday and another nine were wounded, Maj. Gen. Nadeem Ahmad told reporters at the Chaman border crossing. Another 100 Afghan security forces were wounded, he said. | Chicago Tribune >>

Army researchers are testing half a dozen ammunition variants in “intermediate calibers,” which falls between the current 7.62 mm and 5.56 mm rounds, to create a new light machine gun and inform the next-generation individual assault rifle/round combo. The weapon designs being tested will be “unconventional,” officials said, and likely not one that is currently commercially available. | Army Times >>

“We believe that it is time to develop a different system to measure sailors’ performance,” chief of naval personnel, Vice Adm. Robert Burke, told Navy Times in a recent interview. “We want to have an objective measure of the sailor’s performance and have meaningful and frequent and useful feedback given back to the sailors.” | Navy Times >>

In 2016, the total number of sexual assaults in the military declined by more than 5,000, reaching a 10-year low. Pentagon officials said that the decrease is not attributable to a specific variable, but rather are the result of, “noted enhanced efforts at communication, prevention and an institutionalization of policies aimed at countering assault,” the CNN report said. | Task and Purpose >>

The walkers’ physical goal is Arlington National Cemetery, one gravesite in particular. But their real goal is to call attention to the issue of post-traumatic stress among veterans, and how many vets take their own lives. | NBC Washington >>

Donald Phillips was enthused by the reception he, his son and other military veterans got when the ran through the “Military Mile.” That was the name of a one-mile portion of Sunday’s 2017 Kalamazoo Marathon and Borgess Half-Marathon course that was augmented to recognize military personnel and say “Thank you” to them for their service.  | MLIVE >>

“I wasn’t sure what my passion was at that point, but the U.S. Army recruiter called me shortly before my senior year of high school,” she said. “I didn’t know what else to do, so I listed to the recruiter’s spiel thinking maybe something would come of it, and it ended up being the opportunity to do something bigger in my life than what I had been doing.” | Today’s News-Herald >>