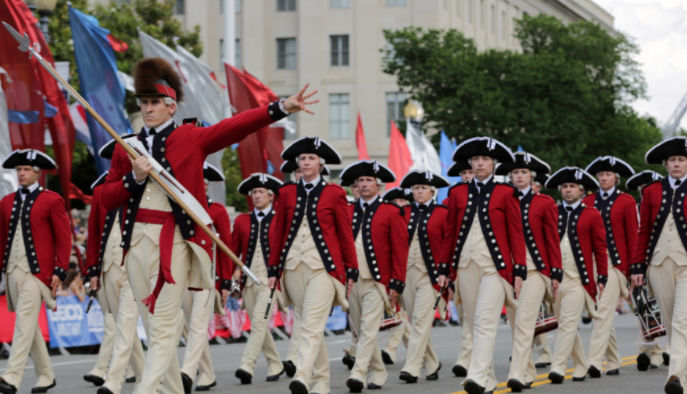 Today women are nearly 20 percent of recruits, 15 percent of the active duty and 18 percent of the reserve component. We have been on the battlefields of every U.S. war and conflict over the past decade, with more than 345,000 women deployed since Sept. 11, 2001. And we will be the fastest growing segment of the veteran population over the next five years, with our numbers expected to top 2 million by 2020. | The Washington Post >>

Among the stories he’s unearthed: a veteran born in 1840 who was shot and returned to combat with a bullet in his lower back, a Civil War veteran wounded at the Battle of Shiloh and a 21-year-old whose headstone reads, “You have died for the world, but not for your parents.” | NPR >>

The war on terror is being fought only with volunteers. For years, brave men and women were asked to pay into an education that a roadside bomb may prevent them from even collecting. This needed to change – and in 2008 IAVA and our partners succeeded in passing the Post-9/11 GI Bill. It is one of our organization’s proudest moments and, I would argue, a marquee one for our nation as well. | The Sacramento Bee >>

The territory, dotted with small villages and dusty roads, is home to key supply lines into neighboring Syria and connecting Iraq’s north to the capital Baghdad. Control of the Iraqi-Syrian border would be a key strategic prize for the mostly Shiite paramilitary forces and their backer Iran, who also supports the government of Syrian President Bashar Assad. | ABC News >>

It’s hard not to feel a disquieting, even disheartening, sense of déjà vu as the Pentagon presses its request to increase the American forces in Afghanistan. That is where the United States has spent 16 years fighting the longest war in its history at a cost of more than $800 billion and 2,000 American lives. Where there is still no peace, and where everything seems to be going backward. Where the Taliban has regained the initiative, attacking as it pleases and expanding its territorial reach, and where other extremists – Al Qaeda and the Islamic State – also have a foothold. | The New York Times >>

The attack came just days into the holy month of Ramadan when Muslims fast during daylight hours. After sundown, families break their fast and Baghdad’s restaurants and cafes quickly fill up. Videos posted to social media showed chaotic scenes on the streets surrounding the blast. A number of wounded lay on the ground, others propped themselves up on the colorful park benches outside the ice cream shop. One young girl, wearing a ribbon and bow in her hair, wandered the scene dazed. | ABC News >>

Earlier this month The Washington Post reported that Pfc. Guillaume Cuvelier, 29, had spent time with French ultranationalist groups before helping create an anti-Western militant group in eastern Ukraine in 2014. After leaving Ukraine in 2015 and fighting alongside Kurdish peshmerga in Iraq, Cuvelier shipped to U.S. Army basic training in January. | The Washington Post >>

“Thank you for joining us as we honor the brave warriors who gave their lives for ours–Spending their last moments on this earth in defense of this great country and its people,” Trump began. “We only hope that every day we can prove worthy, not only of their sacrifice and service, but of the sacrifice made by their families and loved ones they left behind-special, special people.” (Photo Right) | Fox News >>

In the shadow of the Statue of Liberty, a Navy SEAL team member fell to his death Sunday after his parachute failed to open during a Fleet Week demonstration over the Hudson River, an incident one shocked witness called “very disturbing.” The accident occurred a few minutes after noon near Liberty State Park, a large New Jersey park across from Manhattan where thousands of people a year catch ferries to the nearby national treasure. | CBS News >>

These larger organizations are supported by a network of much smaller veterans service organizations with their own unique histories and missions. One group, Chicago’s Urban Warriors program, hosted by the YMCA, is populated by combat vets who signed up to work with kids exposed to the city’s wrenching violence. One of its members, a Mission Continues alumnus named Abner Garcia, died of a gunshot wound in 2016. | CNBC >>

Memorial Day is set aside to remember men and women who have died serving our country. But one local war vet says many soldiers are dying after they come home, and he wants to honor those heroes. 35-year-old Christopher Linck was shot in the neck in Baghdad in 2003 when he was a marine sniper. (Photo Right) | KEPR >>

However, this vet has taken a leaf out of his father’s book and gone back to the land in order to try and establish some normality in his life and that of his family. He has hundreds of antipsychotic pills to help him, but could the real cure be finding some peace in himself through the work on the farm? | Monsters and Critics >>