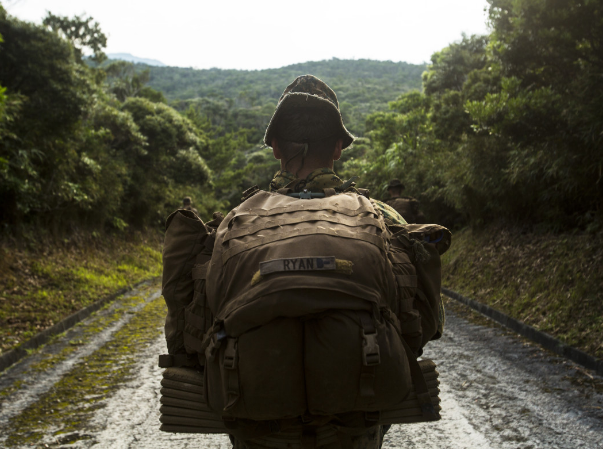 Research I conducted with K.D. Joshi from Washington State University found that many veterans are well-qualified for work in the information technology sector – a wide and diverse range of computer- and communications-related jobs. But large numbers of veterans hold stereotypes that discourage them from seeking IT employment, depriving companies of skilled employees and veterans of meaningful and rewarding work. | PBS >>

In the wake of this tragedy, the media was quick to spin a narrative that connects Rojas’ terrible actions with his three years of non-combat service in the U.S. Navy that ended three years ago with a dishonorable discharge. “Richard Rojas did not speak much about his three years in a Navy uniform,” the New York Times wrote in a profile examining Rojas’ history, “but when he returned to the Bronx from a naval base in Jacksonville, Fla., in 2014, he was a different man.” | Task and Purpose >>

WalletHub’s analysis compared the 50 states and the District of Columbia using 22 key indicators of retirement-friendliness toward veterans. From job opportunities to housing affordability to quality of VA hospitals, the data use common challenges faced by veterans to determine the best states. | The Miami Herald >>

The berm he points to marks the de facto border between federal Iraq and its self-governing Kurdish region in the north. It was built in November after Kurdish Peshmerga forces pushed about 5 kilometers (3 miles) into the Nineveh plains outside Mosul with the support of the U.S.-led coalition, retaking a cluster of towns and villages from the Islamic State group. | US News and World Report >>

Saudi Energy Minister Khalid al-Falih flew to Baghdad to hold discussions with his Iraqi counterpart, Jabar al-Luaibi, on Monday. De facto OPEC boss Saudi Arabia favors a nine-month extension, while the Iraqis had preferred to roll over current policy only for the remainder of 2017, the Dow Jones sources said. | CNBC >>

Little did he know then that at age 36 and now with the rank of major, Afghanistan would still be the mainstay of his military career, or that the war against terrorism in that country would be far from over. Auchey spent his first deployment in the western province of Herat, then a relative sanctuary of stability compared to the southern and eastern provinces. Today Auchey works out of Kabul and is now six months into his third deployment in the conflict-torn country. | Fox News >>

Police have charged a white University of Maryland student with the on-campus stabbing death of a newly commissioned black U.S. Army lieutenant, and the FBI is investigating the case as a possible hate crime, authorities said on Sunday. The suspect, Sean Urbanski, of Severna Park, Maryland, is facing a first-degree murder charge in the stabbing death of Second Lieutenant Richard Collins III, 23, early on Saturday, University of Maryland Police Chief David Mitchell said. | Reuters >>

A Fairfax teenager is celebrating a huge and rare accomplishment. Tim Park has been appointed to all four main U.S. military academies and it is an honor for the high school senior who is following in the footsteps of his family members. Being appointed to the United States Coast Guard Academy, the United States Naval Academy, the Air Force Academy and the United States Military Academy is a rare achievement. The Trinity Christian High School student told us that the accomplishment is “almost surreal.” But it is something this 18-year-old has been working toward since he was very young.  | Fox 5 DC >>

The US military’s efforts to upgrade its infantry arsenal appeared to get a boost last week, when a group of senators questioned two retired generals about the need for the change and the delays hindering it. Both the US Army and the Marine Corps are reportedly looking to replace the M4/M16 rifle platform, in use in various forms since the 1960s, as well as the 5.56 mm caliber bullet, in response to concerns about their effectiveness on the battlefield. | Business Insider >>

The U.S. Department of Veterans Affairs, which is a partner in the program with the PGA, said its goal is to help veterans assimilate back into their communities through the social interaction, mental stimulation and physical exercise that golf provides. PTSD is caused by an overactive fear memory and includes a broad range of psychological symptoms that can develop after someone goes through a traumatic event. | Fox News >>

The army is a way of life- a mission. As farming goes, it’s the same thing,” he said. “We need a sense of purpose and accomplishment. Even just putting up a fence, it’s an accomplishment. It’s progress,” Daughterty said. “It’s easier to cope with life, and disabilities, if you can progress. If you feel sorry for yourself, you regress.” | Herald-Standard >>

“I saw it last year. I decided ‘I want to do that’ but I just had my leg amputated in March,” he said. Although it was too soon for him to fully recover and participate in the 2016 edition, the former Army infantryman who had been wounded in Afghanistan focused instead on being a part of the ride in 2017. | Tillamook Headlight Herald >>