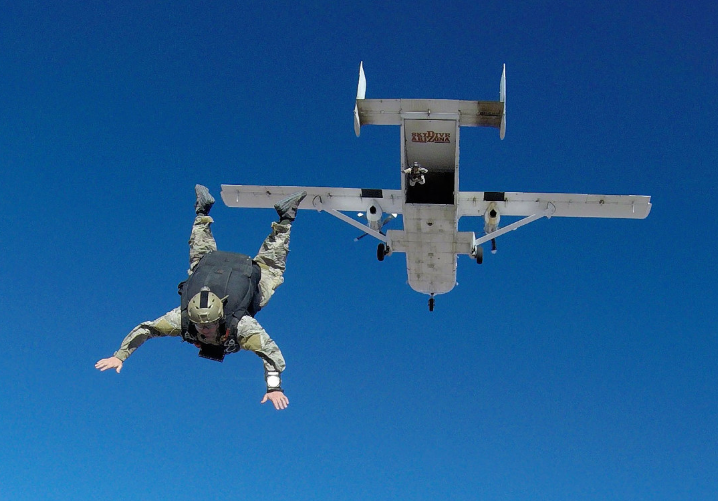 At least 24,998 veterans were hit with the financial penalties from 2010 to 2015, a result of a federal law going back to the 1980s that bans the duplication of government benefits, Task & Purpose previously reported. Under the U.S. code meant to prevent “double dipping” for government benefits, service members who accept military separation pay will have that money recouped by the VA if they later apply for disability compensation; only after their severance is fully repaid, usually through monthly withholdings, can a veteran collect his or her full disability payments. For many vets, that process can take as long as repaying a mortgage – and wreck personal finances. | Task and Purpose >>

The measure represents lawmakers’ best chance at sweeping department reforms since the wake of the 2014 VA wait times scandal, which forced the resignation of then VA Secretary Eric Shinkseki and thrust problems at the massive bureaucracy into the public consciousness. It also would reinforce President Donald Trump’s repeated promises to clean up the embattled department, ridding it of what he sees as widespread incompetence and apathy in the workforce. | Military Times >>

A Department of Veterans Affairs watchdog warned VA leadership Wednesday about ongoing “troubling incidents” that pose a risk to patient safety at the Washington, D.C. VA Medical Center and urged the department to take action immediately. | Stars and Stripes >>

Facing regular suicide vehicle bombings and sniper fire from ISIS’ final pockets of control over Iraq’s second largest city, Iraqi troops and their allies, which include Kurdish forces, Iran-backed Shiite Muslim militias and a U.S.-led coalition, have beat the ultraconservative Sunni Muslim group back to a stretch of western Mosul along the Euphrates river. In the past 24 hours alone, Iraqi forces made lightning gains on a recently opened northwestern front, taking multiple districts such as Al-Islah Al-Zarai and killing local ISIS military commander Abu Ayoub al-Shami, according to local media. | Newsweek >>

Documents show a Washington firm representing the Iraq government wrote letters to top Trump administration officials pointing out Bowen’s addition as a senior adviser. Bowen didn’t mention the Iraq consulting in a statement announcing his resignation. He says it was time for new leadership. | The Seattle Times >>

While the use of the MOAB, which stands for Massive Ordnance Air Blast, has been controversial, with analysts claiming it had little effect other than decimating Afghanistan’s territory, others on the ground are still insistent that it worked extremely well, not only to kill more than 90 ISIS fighters, but to eliminate supply routes and squash morale within the terrorist organization. | Fox News >>

“You know the catapult is quite important,” said Trump. “So I said what is this? Sir, this is our digital catapult system. He said well, we’re going to this because we wanted to keep up with modern [technology]. I said, ‘You don’t use steam anymore for catapult?’ ‘No sir.’ I said, ‘Ah, how is it working?’ ‘Sir, not good. Not good. Doesn’t have the power. You know the steam is just brutal. You see that sucker going and steam’s going all over the place, there’s planes thrown in the air.'” | Navy Times >>

The department takes “very seriously” that order from Congress, wrote senior defense executive A. M. Kurta. However, he explained, transitioning to a salary system “would be a change of historic proportions” requiring “significant additional study [of] second and third order effects, the potential risk to readiness, if any, and the effects on DoD’s ability to recruit and retain” a volunteer force.  | The Military Advantage >>

More than 7,000 troops from 24 nations are participating in a massive exercise in Jordan, training to combat improvised explosive devices, cyberattacks and other threats. Exercise Eager Lion, which runs from May 7 to 18, is hosted by the Jordanian armed forces in partnership with the U.S. military. It is the largest annual exercise in the Middle East in which the United States participates. | Task and Purpose >>

“I had a really hard time with the transition from military to civilian life,” Brandon, a Marine Corps Veteran, explains. Encouraged by loved ones, he sought care at the Minneapolis VA – and by using his VA benefits to receive treatment for post-traumatic stress disorder and to get an education, Brandon built a new life and career. | Task and Purpose >>

“Women still feel invisible. They still feel like their stories aren’t heard and their experiences aren’t heard. And they often tell me people still don’t know that women are in the military and that women are veterans and I think that it’s really validating for women who have served alongside men for many years to be thought of as their equal counterpart. Because of course, they are.” | PRI >>

Years later, that all changed. In the 1990’s, he was asked by Baltimore County to help build a Vietnam monument. Forty-five thousand dollars later, the black granite memorial stood tall outside the courthouse on Pennsylvania Avenue. All of Baltimore County’s service members killed in the war are etched into the stone. Lawlor was instrumental in raising the money and tracking down the 149 names. He grew up with many of the people on the list. | ABC 2 >>