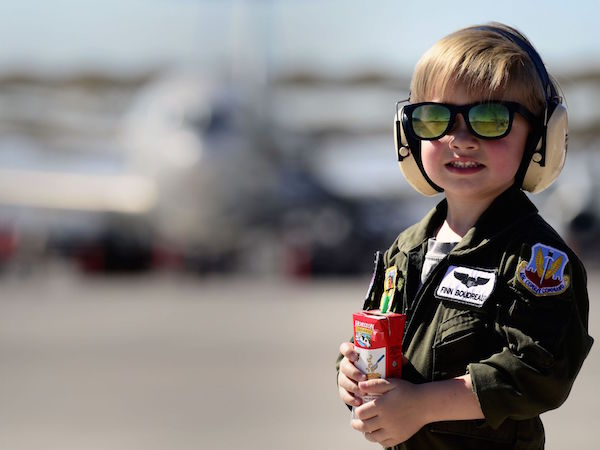 Senate GOP aims to streamline key veterans program
A group of Senate Republicans is hoping to streamline a Department of Veterans Affairs (VA) program allowing veterans to receive non-VA care, suggesting that bureaucratic hurdles are keeping veterans from getting timely healthcare. | The Hill >>

Iraq Veteran Takes His Own Life After No One Answers His Suicide Hotline Call
Thursday, Senator Mark Kirk (R-IL) chaired a hearing of the Appropriations Subcommittee on Military Construction and Veterans Affairs, at which he told the story of 30-year-old Thomas Young, an Illinois veteran who struggled with alcohol addiction and PTSD after serving in Iraq. | IJ Review >>

Pentagon, Top Lawmakers Craft DoD Reforms
As the chairmen of the US House and Senate Armed Services committees plan to legislate potentially sweeping reforms at the Pentagon, Defense Secretary Ash Carter is leaning in with proposals due in “just a few weeks’ time,” he said Friday. Carter’s announcement comes as Congress begins to draft its vehicle for reforms, the 2017 defense policy bill. At least some of the Pentagon’s proposals, expected to appear piecemeal over the coming weeks, are aimed at improving its use of cyber capabilities and a giving the services more say in the acquisition system — an area in common with lawmakers. | Defense News >>

More than a dozen Islamic State militants were killed in a drone attack in eastern Afghanistan Sunday night, just hours after President Ashraf Ghani said his country was becoming a “graveyard” for members of the terrorist group, a government official said.| Stars and Stripes >>

Afghanistan’s President Ashraf Ghani said on Sunday that the Islamic State group has been defeated in the eastern parts of the country, where it had taken over some remote districts. Speaking at the opening of parliament, Ghani said Afghan forces had dislodged IS loyalists from regions of Nangarhar province bordering Pakistan. | Associated Press >>

A Taliban bomber attacked the entrance to a court in northwestern Pakistan on Monday, killing 11 people, police said. The blast in the town of Shabqadar also wounded another 15 people, said police official Ali Jan Khan. Two policemen and a policewoman were included among the dead, he said. | Fox News >>

For more than a year, the Iraqi military and its allies have been talking about and preparing for an operation to try and take back the country’s second-largest city from ISIS. | CBS News >>

Navy SEAL teams don’t have enough combat rifles to go around, even as these highly trained forces are relied on more than ever to carry out counterterrorism operations and other secretive missions, according to SEALs who have confided in Rep. Duncan Hunter, R-Calif. | Associated Press >>

Crew members of a US F-15E Strike Eagle were “momentarily disoriented” by a laser beam directed at the fighter jet as it was preparing to land at RAF Lakenheath in England, posing a “serious risk” to flight safety, Air Force officials said. | Stars and Stripes >>

The Air Force is standing firmly behind their tape test, even as airmen for years have complained about its effectiveness and the other services are reviewing the controversial test. “The Air Force continually evaluates all of our programs for improvement, but at this time we have no plans to adjust our fitness assessment,” Air Force spokeswoman Rose Richeson told Air Force Times on Thursday. | Air Force Times >>

Barnes has rallied police and firefighters to create a 22 Rucksack March each Sunday through town where officers, emergency response personnel, veterans and community members walk through town wearing military garb and carrying rucksacks to spread awareness of PTSD. The group also offers resources for veterans who need help or someone to talk to. “I’m hoping to get the word out and get people the right information to know where to turn if they are facing PTSD,” Barnes said. | The Herald Bulletin >>

Three tours in two theaters of war left U.S. Marine Corps Sgt. James, now 29, with raw mental scabs. His body — arms, legs, fingers — is whole. But Nicole says his full capacity for emotional connection and his ability to relax and find enjoyment is not. “Everything over here that we’re trying to change in him, over there it’s what made him a great Marine,” she said. “I love connecting with spouses and talking with other spouses who noticed what their husbands were doing.” | Associated Press >>

When a local mom needed a kidney transplant, her Army veteran son did not hesitate to donate and save her life. There are over 100,000 patients every year waiting for kidney transplants, and less than 20 percent of them will actually get a donor. | ABC 7 >>

Hospital officials called it an accident when a 70-year-old psychiatric patient was fatally injured in an altercation with a nursing assistant at a Department of Veterans Affairs medical center in central Louisiana three years ago. But the case became fodder for the VA’s congressional critics after local prosecutors charged the employee, 54-year-old Fredrick Kevin Harris, with manslaughter in the death of Air Force veteran Charles Lee Johnson. | Associated Press >>

House members are home on recess this week, but senators remained in Washington, D.C. to continue work on the Defense Department and Veterans Affairs fiscal 2017 budget requests and related issues. | Military Times >>

During the Vietnam War, hundreds of US Navy ships crossed into Vietnam’s rivers or sent crew members ashore, possibly exposing their sailors to the toxic herbicide Agent Orange. But more than 40 years after the war’s end, the US government doesn’t have a full accounting of which ships traveled where, adding hurdles and delays for sick Navy veterans seeking compensation. | The Virginian-Pilot >>