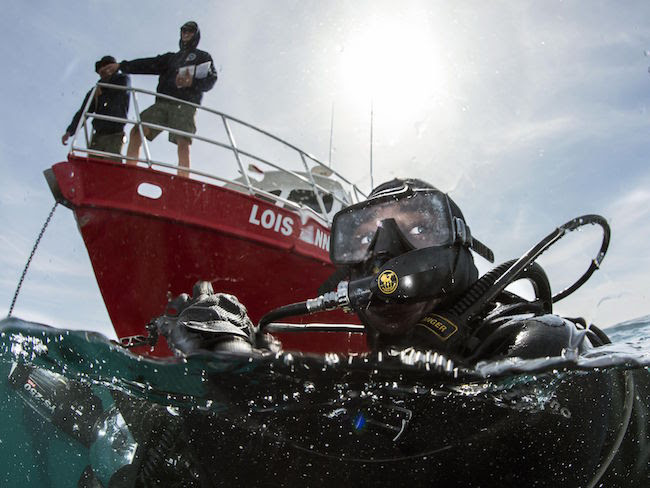 Trouble remains following failed for-profit schools’ revival
When one of the country’s largest for-profit college companies failed in 2014, the Education Department faced a choice. It could shut down Corinthian Colleges Inc., incurring a $1 billion loss to taxpayers and sending students scrambling, or it could find someone to take the school off its hands. | Associated Press >>

Cities across US slash homelessness for veterans
Gisoldi is part of a national response to a federal call to move veterans off the streets. In New York, red tape has been cut, staffing added and consolidated, and veterans identified shelter by shelter, street corner by street corner. As a result, the homeless veterans living on the street in this teeming city of 8 million have all but disappeared. | Boston Globe >>

DoD official: Extend vets’ Military OneSource access
Troops need a longer safety net of eligibility for Military OneSource’s free benefits after they leave the military, according to a defense official. “We want to extend it from 180 to 365 days to give people that pad of settling into a life, and then when you hit those barriers, circle back to Military OneSource, “said Rosemary Williams, deputy assistant secretary of defense for military community and family policy. | Military Times >>

At least a dozen Islamic State militants accidentally blew themselves up in eastern Afghanistan Sunday during a botched operation to plant a bomb, a local official said. | Stars and Stripes >>

Peter Maurer, president of the International Committee of the Red Cross (ICRC), is set to start a five-day visit to Afghanistan on Monday. According to ICRC, the objectives of Maurer’s visit include review of the intense conflict in Afghanistan as insecurity increases and highlighting the humanitarian concerns to the donor community and main stakeholders there. | The Statesman >>

A captured Taliban rifle dangling at his side, commander Sultan Mohammed swaggers through a bomb-cratered district that was once a hornet’s nest of insurgents, symbolising a rare Afghan military triumph where US forces failed. | AFP >>

Turkish warplanes struck against Kurdish militant camps in northern Iraq on Monday after 37 people were killed in an Ankara car bombing that security officials said involved a female fighter of the Kurdistan Workers Party (PKK). | Reuters >>

A U.S.-born ISIS fighter has been detained in northern Iraq, according to reports. It was not immediately clear if the fighter – identified by local media and the Associated Press as Muhammad Jamal Amin – had been captured or surrendered. | NBC News >>

Health authorities in Iraq’s Kirkuk region have screened a total of 800 people since a chemical attack carried out by the Islamic State group last week, officials said on Monday. | AFP >>

The Army National Guard is offering up to $20,000 to qualified candidates as it struggles to fill its warrant officer ranks, losing to retirement almost as many warrants as it is bringing in every year. | Army Times >>

A Navy helicopter rescued three fishermen who abandoned their ship in rough seas about 160 miles southwest of the Big Island Friday. The crew was in 15-to-18 foot seas with winds around 35 mph when the captain noticed water on the deck was not properly draining, Coast Guard Lt. Kevin Edes said. He checked the engine room and found the boat was quickly filling with sea water. | Associated Press >>

Can the police be notified quickly – and the people inside a building warned – when an active shooter fires a gun? That’s the challenge an Air Force team tackled in a government competition to find inventive solutions to problems. | Air Force Times >>

According to statistics, an average of 22 veterans commit suicide every day in the U.S. That’s because one of the biggest challenges veterans face is finding a sense of purpose after serving. An effort is underway to raise awareness about veteran suicide and the mental health issues that can lead to it. | Fox 17 West Michigan >>

Matthew Brabham’s crew for the Indianapolis 500’s pitstop challenge will feature a number of military service veterans as part of a collaboration between Pirtek Team Murray and the Chris Kyle Frog Foundation. The program has been announced at this weekend’s St Petersburg IndyCar season opener by Taya Kyle, the widow of former Navy SEAL Chris, whose life was recently made into a feature film titled American Sniper. | Speed Cafe >>

Just over a year ago, the Joint Chiefs signed a letter addressed to all of those who have served in uniform since Sept. 11, 2001, recognizing that they “stepped forward as volunteers” when our nation needed them most. With an eye toward the future and the understanding that approximately one million service members will hang up their uniforms in the next five years, the Joint Chiefs implored service members to apply their “experience, intellect, and character” in their communities as veterans. | Task & Purpose >>

Donald Trump attempted Sunday to clarify controversial remarks about Senator John McCain after he was quizzed by a well-known veteran and father of a slain prisoner of war. During a campaign event near Cincinnati, Keith Maupin, whose son was killed in Iraq after being taken prisoner, asked Trump to clarify comments he made in July about McCain, a former Vietnam War prisoner of war and the GOP’s 2008 presidential nominee . | Associated Press >>

Bisbee, 28, grinned at the patient he calls “Mr. G,” and told him, “Hey, I hope I look half as good as you when I’m older. I hope I look a quarter as good.” The recent exam took place in Bowles’ apartment in Cleveland, where Bisbee also checked his patient’s other vital signs, medical appointments schedule and stock of medications, taking notes he would pass along to a team of doctors and nurses at the Louis Stokes Cleveland Veterans Affairs Medical Center (VAMC). | Associated Press >>

We’ve heard the story time and time again – U.S. military veterans unable to see a doctor, wait times as long as seven months, with veterans dying without care. Now, a long-awaited internal investigation has found that some Department of Veteran Affairs scheduling clerks throughout Texas went as far as to manipulate data to hide wait times. | Houston Public Media >>