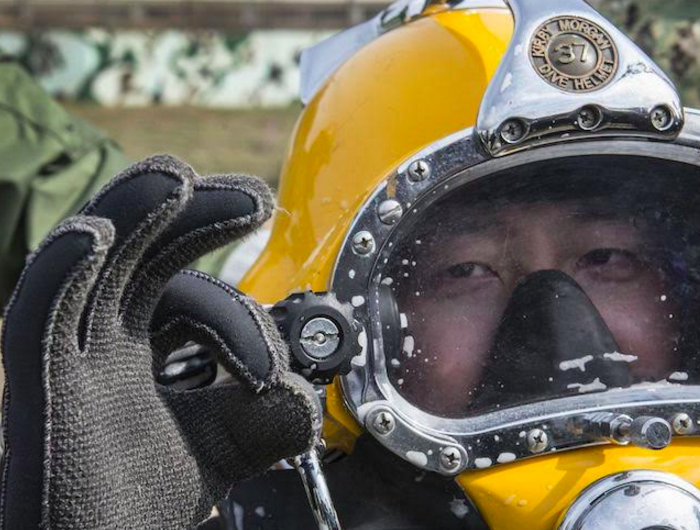 Udall pushes VA to restore confidence in health care system
The head of the Veterans Affairs Department says he has visited two dozen medical schools to recruit more employees, and his agency has hired more than 1,400 doctors over the last two years. Veterans Affairs Secretary Robert McDonald was questioned Thursday by U.S. Sen. Tom Udall during a budget hearing in Washington, D.C. | AP >>

Advocates Say Imprisoned Veterans Should Have Access to VA
Two veterans’ service organizations are backing Senate legislation requiring prison officials to give the Veterans Affairs Department reasonable access to a prisoner who has served in the military. | Military.com >>

Committee chair Miller retiring but plans to keep heat on VA until the end
There have been few venues as daunting for Department of Veterans Affairs Secretary Bob McDonald as the Cannon Building’s Room 334. That’s where McDonald is grilled regularly by the House Committee on Veterans’ Affairs and Rep. Jeff Miller, R-Fla., his chief inquisitor. | Stars and Stripes >>

The U.S. general who until last week commanded the NATO-led coalition in Afghanistan said on Friday he recommended broader scope for U.S. military activity as the country fends off a resilient Taliban insurgency. | Reuters >>

An insurgent group that has sometimes fought alongside the Taliban said Sunday that it would take part in peace negotiations with the government of Afghanistan. | LA Times >>

Armed with cans of spray paint, 28-year-old Afghan graffiti artist Shamsia Hassani ventures into the streets of Kabul to create feminist murals on the walls of abandoned, bombed-out buildings. She has to work fast — only 15 to 20 minutes before she flees. Some works are left incomplete. But for a woman like Hassani, that’s what it takes when art is weapon of mass expression. | LA Times >>

Military commanders in Iraq are drafting plans for U.S. troops to accompany Iraqi brigades as they move to retake Mosul from the Islamic State in Iraq and Syria, according to two U.S. defense officials. | The Hill >>

The Senate Armed Services Committee voted Thursday to advance Eric Fanning’s nomination to become the new Army secretary to the full Senate, but he still faces other obstacles from lawmakers before taking over the job. | Defense News >>

With the path to the elite SEAL teams opening to women, female special operator hopefuls could be entering the military’s most arduous training by late summer. The likeliest timeline for women would be to enter Naval Special Warfare Preparatory School on Sept. 19  and then the Basic Underwater Demolition/SEAL course in Coronado, Calif. early next year. | Navy Times >>

Marines can expect to deploy in smaller teams in the future, with more responsibility trickling down to junior ranks compared to past large-scale conflicts as the service hones its post-war crisis response mission. | Marine Corps Times >>

Federal researchers count more than 2.5 million veteran-owned small businesses in America today. Officials at Syracuse University are hoping to create a single shop to help them all. | Military Times >>

When the Long Beach Opera unveils the first opera composed about the Iraq War experience, it will be the culmination of a painful eight-year journey to heal the soldier who inspired it, while at the same time offering civilian audiences a more visceral understanding of battle and its aftermath. | Co.Create >>

Disabled veterans need help. Shelter dogs need a home. Both needs are being met in a program called Operation Save A Vet, Save A Pet. At Good Dog in Greencastle, Helen Carlson trains rescue dogs. “To assist in at least three tasks; opening up doors, pulling cabinets open, turn on light switches, pick up items, that type of thing,” Carlson said. | WHTM ABC 7 >>

The Veterans Affairs Department and Congress have a busy year ahead. VA is looking for congressional action on more than 100 legislative proposals, and 40 of them are new this year. Perhaps most notably, the department is looking for help to fix the Veterans Choice Program, which both Congress and the VA acknowledge is largely broken. | Federal News Radio >>

Department of Labor officials are moving to cut off unemployment checks for  veterans attending college on the GI Bill after lawmakers quietly approved the cost-cutting move last December. But exactly when and how the change will take place remains a frustrating mystery to federal and state officials and to veterans advocates who unsuccessfully argued against the idea. | Military Times >>

The Department of Veterans Affairs has no interest or ownership rights to what’s been called a “miracle drug” for curing hepatitis C, the department said on Thursday. Furthermore, the department said Dr. Raymond Schinazi, a former VA researcher officials previously claimed invented the drug alternately known as Sofosbuvir or Sovaldi, did not do so. | Military.com >>