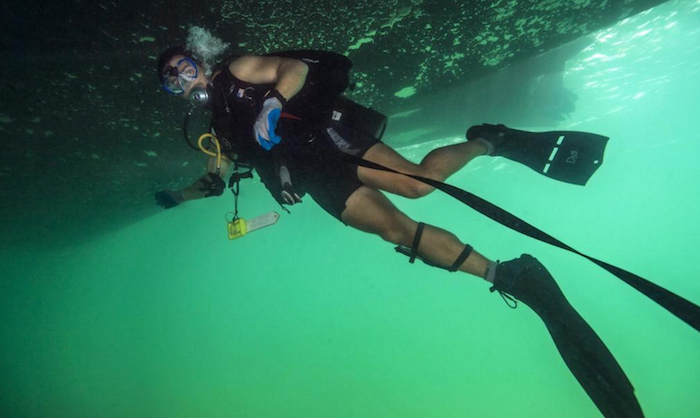 The bill -sponsored by Sen. Marco Rubio (R-Fla.), who was among the lawmakers who dined with Trump Tuesday – is aimed at making it easier for the Department of Veterans Affairs to fire bad employees, lowering the evidentiary standards and streamlining the termination and appeals process. It also creates an “Office of Accountability and Whistleblower Protection” within the department. It passed the Senate on a voice vote Tuesday. | The Washington Post >>

I visited New York City’s VA Medical Center for the first time three years ago. I’d been a veteran for all of five months, and had only lived in the city for a week or so before I received an email from the VA instructing me to check in with my new primary care provider and to see someone for my freshly diagnosed PTSD. | Task and Purpose >>

For a long time, women who experienced MST and reported it were offered a discharge to get them out of the service. This probably looked like the best way to safety for the victim. But the consequences were heavy, and she wasn’t in the best place to consider anything long term. Her immediate need was to get out of the situation. But any discharge that is not Honorable affects a veteran’s benefits. I’ve talked about this before, the price of “bad paper.” | Huffington Post >>

The United States spent almost $700 billion in the first 13 years of the war in Afghanistan. Still, Afghan forces lack the manpower, equipment and training needed to take back large areas of territory from Taliban control, says Caitlin Forrest, a counterterrorism research assistant at the Institute for the Study of War. | The New York Times >>

The jihadist group is locked in twin battles for its key strongholds, Raqqa and Mosul. The SDF launched its attack on Raqqa on Tuesday and have already captured a neighborhood on the city’s eastern end. Iraqi forces have been battling IS in Mosul since October. McGurk said the fight for Raqqa will be a “difficult and very long-term battle.” | U.S. News and World Report >>

The blast, which left a crater more than 65 feet wide, took place inside the Diplomatic Zone, supposedly the most secure area in Afghanistan. Two days later, when thousands of Afghans took to the streets to demonstrate against both the Taliban and the government, four people, including an 8-year-old boy, were shot dead by police. The following day, at least seven people were killed when suicide bombers targeted a funeral for one of the protestors. | VICE >>

Grieves took command of Marine Heavy Helicopter Squadron 464 in May 2016. She enlisted in the Marine Corps in 1990 and was commissioned as a second lieutenant eight years later after completing the Navy Reserve Officer Training Corps at the University of Maryland, her official biography says. | Marine Corps Times >>

The expo kick-started a 90-day coaching program, which will empower warriors to rehabilitate themselves through physical and nutritional practices by setting goals and tracking individual progress. Warriors were then tested for range of motion and learned about adaptive exercises that could be incorporated into an effective workout regimen. After learning about proper nutrition and hydration with a sports nutritionist, the group rounded out their expo experience with a Total Body Resistance Exercise (TRX) workout demo. | PR Newswire >>

A U.S. Marine from Tennessee is opening “Semper Sliders” in Nashville, a food truck with the goal of helping combat veteran unemployment, CBS affiliate WTVF reports. Zachary Jenkins is using an old shipping container with new paint on Music Valley Drive as the site for his new business called “Semper Sliders.” | Local 8 Now >>

Former Army military police Sgt. Josh Geartz is riding 422 miles to raise awareness about the 20 veterans who take their own lives every day, according to the latest Department of Veterans Affairs data. He chose 422 miles deliberately to represent the formerly held figure, which suggested that 22 veterans a day are lost to suicide. | Task and Purpose >>