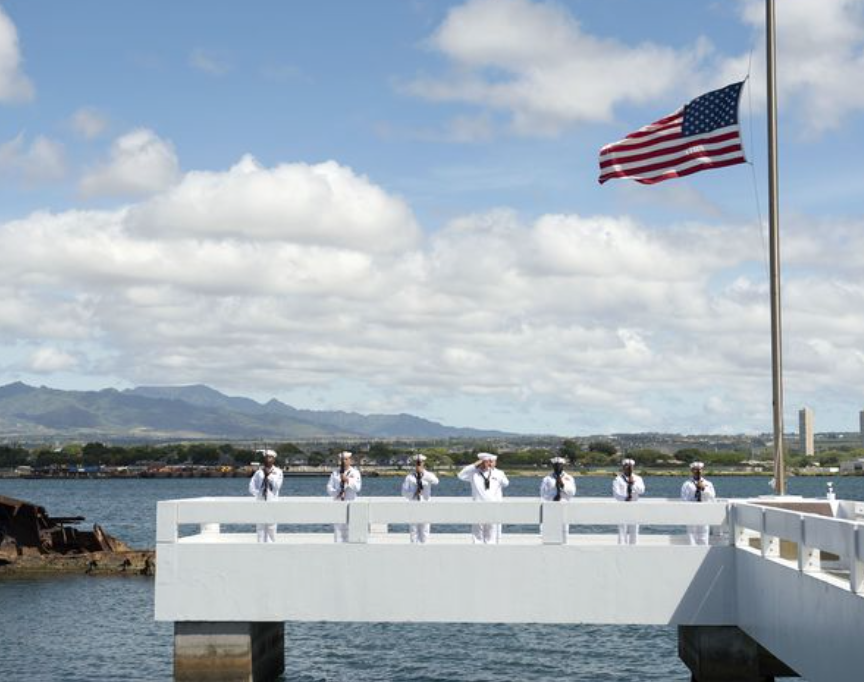 “What we are hoping to see really is recommendations that are going to embrace this idea of an integrated care model that will provide high-quality and timely access to health care,” said Jackie Maffucci, the research director at Iraq and Afghanistan Veterans of America. “We’ve been saying for a while that the VA can’t do this alone there has to be a community component.” | Stars and Stripes >>

“I encourage veterans to take advantage of this great opportunity to add their voice to this project,” stated Lipinski. “American history is not just about famous people; it is the story of every American who has contributed in ways big and small to our nation, and every veteran has made an important contribution.” | Chicago Tribune >>

Iraq secured a $2.7 billion loan from the United States on Wednesday to fund ammunition and maintenance of fighter jets, tanks and other military equipment for use in the war against Islamic State. Baghdad will have eight and a half years, including a one-year grace period, to repay the loan, which carries a 6.45 percent interest rate, a U.S. embassy statement said. | Reuters >>

Afghanistan’s president has ordered a “thorough investigation” into institutionalized sexual abuse of children by police, after AFP revealed the Taliban are using child sex slaves to launch deadly insider attacks. There has been international condemnation of paedophilic “bacha bazi” — literally “boy play” — which AFP found has been exploited by the Taliban to mount a series of Trojan Horse attacks over two years that have killed hundreds of policemen in the remote southern province of Uruzgan. | Military.com >>

Islamic State militants on Wednesday pushed back U.S.-trained Syrian rebels from the outskirts of a town on the Iraqi border, dealing a setback to a budding offensive that aims to sever the militants’ transit link between the two countries, a rebel spokesman said. | New York Times >>

Secretary of Army the Eric Fanning, who recently took over the post in May, said one of his top priorities is to further streamline the bureaucratic machine responsible for fielding new Army gear and equipment. Complicated acquisition policies and redundant levels of oversight are challenges that have long plagued service secretaries and their chiefs of staff, he said. | Military.com >>

New video released by Russia shows the moment that a Russian frigate and the U.S. Navy’s USS Gravely crossed paths in the eastern Mediterranean two weeks ago. Russia’s defense ministry claimed the U.S. ship made a “dangerous approach” on its warship, saying it “grossly breached” international maritime laws. The ministry said the U.S. sailors were “allowing themselves to forget about the fundamental principles of safe sailing” and didn’t think about the potential consequences of their dangerous maneuver. | ABC News >>

The Air Force is revising the rules governing flag folding ceremonies to specifically allow religious language during retirement ceremonies following a controversy at Travis Air Force Base in California. Retired Senior Master Sgt. Oscar Rodriguez was thrown out of a friend’s retirement ceremony in April while attempting — at the friend’s request — to deliver a flag-folding speech mentioning God. | Air Force Times >>

Everyone knows Michael Audette’s service dog Miko, resplendent in a camouflage vest made from the shirt of an injured comrade. Two years ago, another veteran asked Audette to make a similar vest for his dog. One vest became two, and then another, and another, and to date, Audette has made over 160 vests for veterans’ service dogs and canine companions. | Shelburne News >>

Designers and planners still have a long road ahead, and the process could take years. The group estimates they need to raise between $25 million and $40 million before the memorial can be built. The funds are being raised entirely from private sources. | Military.com >>

Michael Tacke, a Green Beret who has been on active duty for 14 years, had lots of time to think about what he wanted to do with his life while serving in Iraq and Afghanistan. He realized he wanted to run his own business and be his own boss when he returned to civilian life. | The Tennessean >>